Oct. 26, 2016 — As U.S. coal production declines due to the rise of natural gas and alternative energies, the question remains: What will happen to those communities of coal workers?

The answer may lie in a derivative of coal called “pitch,” which can be used to produce a carbon-fiber material utilized in items from skis to automobile and aircraft parts.

Engineers from the University of Utah are launching a $1.6 million project to research cost-effective, carbon-friendly methods of turning coal-derived pitch into carbon-fiber composite material, as well as analyze its market potential and whether it can help revitalize coal communities threatened by a decline in production.

At a press conference Wednesday at the University of Utah’s Industrial Combustion and Gasification Research Facility in downtown Salt Lake City, Jay Williams, U.S. Assistant Secretary of Commerce for Economic Development, announced the project would receive a $790,000 EDA POWER grant. It is one of a new slate of POWER grants announced by Williams that will finance projects to help struggling coal communities around the country. Matching funds for the Utah project also will come from industry-related agencies and companies.

“There’s an abundance of coal and we would like to find an alternative use for it. It is a huge natural resource in the U.S., and we have a whole coal-mining community that is desperate for a new direction,” said University of Utah chemical engineering professor Eric Eddings, who leads the research team. “If we can find an economical way to use coal to produce carbon fibers and have enough useful products so there can be a market for it, then they have that new direction. And it’s more carbon-friendly than just burning coal in a power plant.” 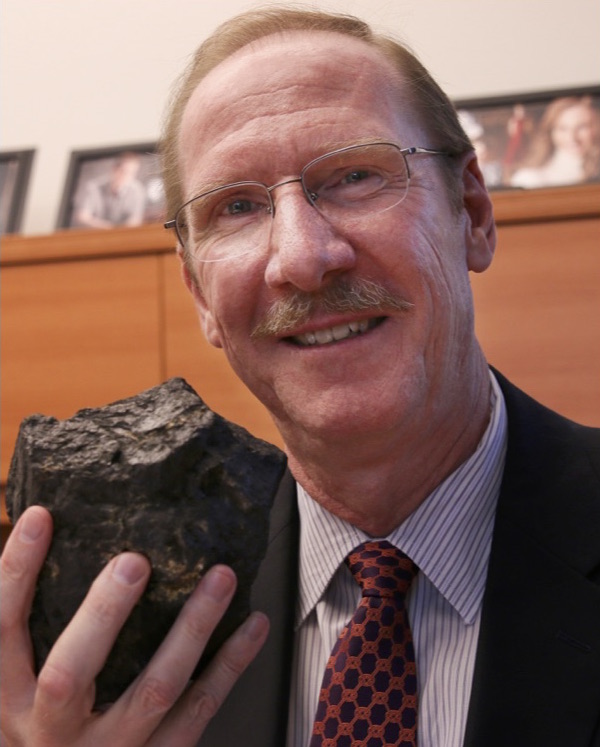 Typically, when coal is heated it produces hydrocarbon materials that are burned as fuel in the presence of oxygen. But if it is heated in the absence of oxygen—as in the cooking process smelters use to produce iron—those hydrocarbons can be captured, modified and turned into an asphalt-like material known as pitch.

The pitch can then be spun into carbon fibers used to produce a composite material that is strong and light. Most carbon-fiber composite material is made from a derivative of petroleum known as polyacrylonitrile, but that process is expensive.

“We’re taking the carbon and turning it into carbon fiber, so that’s effectively isolating it from going into the environment,” he says.

With the new Utah grant, Eddings and his team will analyze the makeup of Utah coal—which has its own unique properties from coal in other regions—to determine how well it can be used for pitch-based carbon-fiber material.

Researchers will produce different variants of pitch and then deliver them to Matthew Weisenberger and his team at the University of Kentucky’s Center for Applied Energy Research, who are subcontractors in the project and experts at spinning pitch into carbon fibers. Engineers will research the best ways of producing pitch with as little CO2 as possible.

The research team is also working with the Utah Advanced Materials and Manufacturing Initiative (UAMMI), a consortium of materials companies, research institutions and state agencies, to examine the market potential for producing this composite material from Utah coal, and if other coal communities can benefit from this technology.

“I’m confident the research team can take Utah coal and produce carbon fiber,” Greg Jones, founding director of UAMMI says. “The question is can Utah coal have some innate benefit that lends itself to carbon fiber that is somehow better than other coals? Can we find a way to produce carbon fibers more economically so it can be competitive and the market can grow?”

The Partnerships for Opportunity and Workforce and Economic Revitalization (POWER) initiative is an EDA program that puts federal economic and workforce development resources into communities and regions negatively impacted by changes in the coal economy. This newest round of grants announced Wednesday by Williams totals $8.4 million and funds 15 research projects across America. (See accompanying media release). The EDA is a bureau in the U.S. Department of Commerce.

“I commend the University of Utah for its forward-thinking approach and determination to create and retain jobs in Utah’s coal affected counties and on earning the state’s first POWER grant award,” said Assistant Secretary Williams.

In Utah, six coal operators produced 17.9 million tons of coal valued at $600 million from one surface and seven underground mines in 2014, according to the latest statistics from the Utah Geological Survey. Today, there are six active Utah mines—not counting sites that produce coal from old waste piles—operating in Carbon, Emery, Sevier and Kane counties, according to the Utah Division of Oil, Gas and Mining.

If researchers prove successful in their work turning Utah coal into carbon fiber, the result could have a tremendous impact on the state’s declining coal production as well as feed new material into the local hub of advanced materials manufacturers.

Utah is a hotspot for advanced materials manufacturing, with more than 30 companies that manufacture or use carbon-fiber composites in their products, including for aerospace and defense applications, outdoor recreational equipment such as skis and bicycle rims, and lower-limb prosthetics. The advanced materials manufacturing industry in Utah employs more than 12,000 workers, according to the Economic Development Corporation of Utah. Part of the Utah team’s research will be to determine if these same products can use carbon fiber composites made from coal-derived pitch.