Diverse forests are stronger against drought

Resilient forests host trees with a diversity of water-use strategies

Diversity is strength, even among forests. In a paper published in Nature, researchers led by University of Utah biologist William Anderegg report that forests with trees that employ a high diversity of traits related to water use suffer less of an impact from drought. The results, which expand on previous work that looked at individual tree species’ resilience based on hydraulic traits, lead to new research directions on forest resilience and inform forest managers working to rebuild forests after logging or wildfire.

Surprisingly, says Anderegg, a forest’s hydraulic diversity is the predominant predictor of how well it can handle a drought.

“We expected that hydraulic traits should matter,” he says, “but we were surprised that other traits that a lot of the scientific community have focused on weren’t very explanatory or predictive at all.” 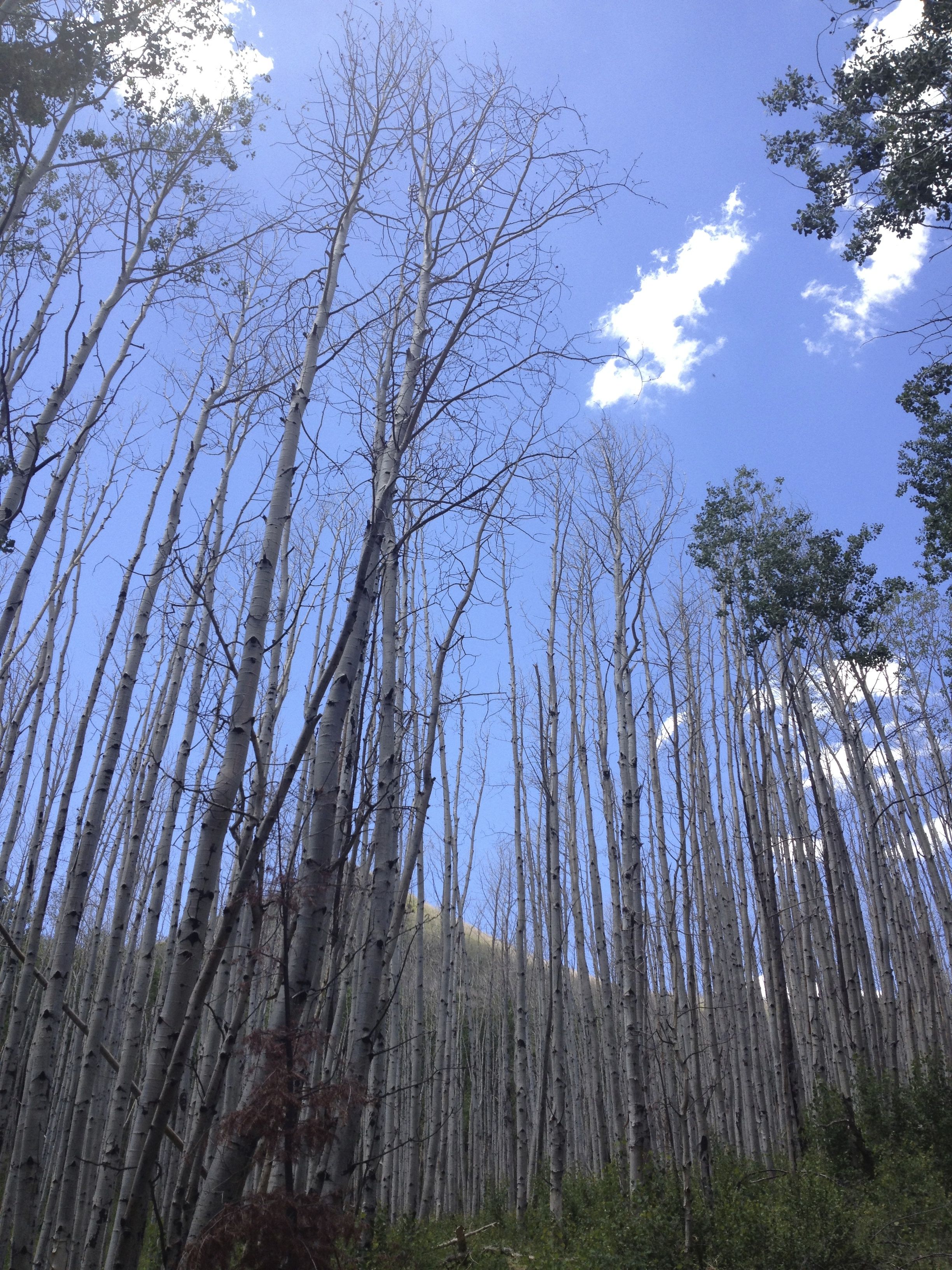 Missing the forest for the trees

Anderegg is a veteran researcher of the impacts of droughts on trees, with particular attention to the time it takes for forests to recover from drought. Along with others in his field, he’s also looked at the impact of hydraulic traits on individual tree species’ survival chances in a drought. Hydraulic traits are connected to the way a tree moves water throughout the organism – and how much drought stress they can take before that system starts breaking down.

But droughts, when they strike, don’t go after individual trees – they affect entire ecosystems.

“What’s different about this study is it’s now looking at the whole forest,” Anderegg says.

Anderegg and his colleagues, including collaborators from Stanford University, Princeton University and the University of California, Davis, compiled data from 40 forest sites around the world. The sites are equipped with instruments called flux towers that measure the flows of carbon, water and energy from a forest.  They’re also equipped with environmental sensors, including soil moisture sensors, to produce a picture of how much water is moving into and out of the site.

They coupled that data with what was known about the tree species present at each site, and the known hydraulic traits associated with those species. Non-hydraulic traits would be things like wood density or leaf area divided by leaf mass. But hydraulic traits include the hydraulic safety margin, the difference between the amount of water movement the tree allows during dry conditions and the absolute minimum water amount – the point at which the tree’s hydraulics start to shut down.

Native plant species richness as a percentage of
the maximum. Data available from http://ecotope.org/anthromes/biodiversity/plants/data/.

Forests with a greater diversity of hydraulic traits in its tree species showed less of a dip in forest function (measured by fluxes of water and energy and soil moisture) than less-diverse forests. Satellite data of temperate forests worldwide confirmed their findings – droughts just don’t have the same effect on hydraulically diverse forests as on others.

“The species present and the hydraulic traits they have seem most important for predicting resilience to drought at an ecosystem scale,” Anderegg says.

So, what does a forest with hydraulic diversity look like? First, consider the opposite – an ecosystem with only one kind of tree. Picture, for example, a Christmas tree farm. Each tree is the exact same species. Diversity doesn’t get any lower than that.

But a diverse forest, Anderegg says, “will have many different types of trees – conifer and angiosperm, drought tolerant and intolerant wood, and maybe different rooting depths. It’s going to involve some diversity in water source. These things are hard to study and measure directly.”

The team sees several future avenues for continuing this research.

“We want to understand what’s the detailed physiology behind this resilience,” Anderegg says. “What are the specific traits, either of different species or different populations, that give you resilience to future climate?”

The researchers didn’t look specifically at the connection between hydraulic traits, drought, and fire conditions, but a summer of the Western US on fire and the resultant smoke spreading across the country begs the question.

“It dries out the fuel in the grounds,” Anderegg says, “and creates supercharged fire weather.”

So what can forest managers do to improve diversity and resilience? Opportunities may come following traumas to the ecosystem such as logging or wildfire. “After we log a forest or a fire comes through,” Anderegg says, “we sometimes think about planting a single species. We should be thinking about the best mixes of multiple species for resilience.”

This research was funded by the University of Utah Global Change and Sustainability Center, the National Science Foundation and the USDA National Institute of Food and Agriculture, Agricultural and Food Research Initiative Competitive Programme, Ecosystem Services and Agro-ecosystem Management.