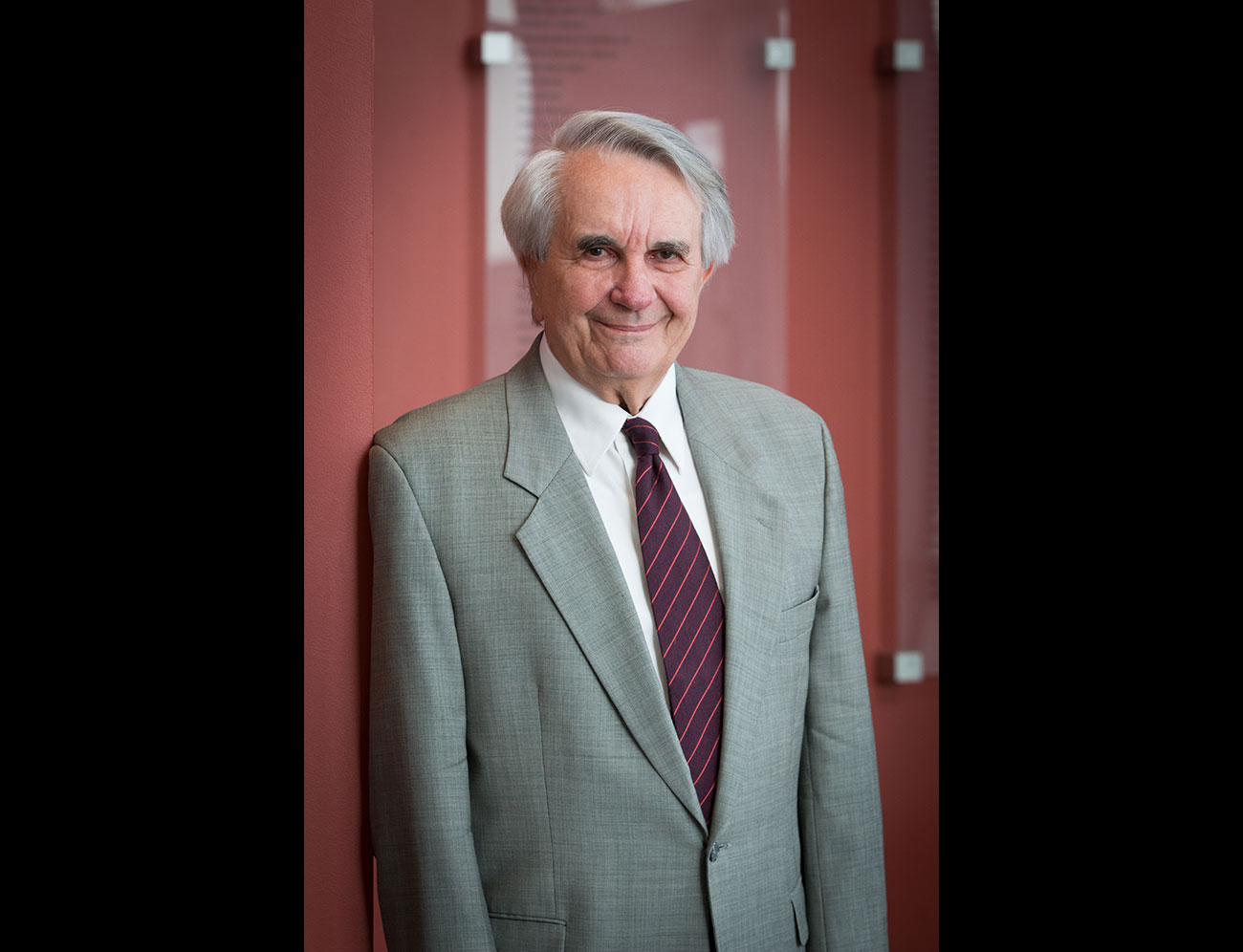 University of Utah biomedical engineering distinguished professor Jindřich Henry Kopeček, who pioneered research in the design of polymer-drug conjugates and hydrogel biomaterials, was one of 148 academic inventors named as a Fellow of the National Academy of Inventors for 2018.

Kopeček, who has been with the U for more than 30 years, formulated and implemented a comprehensive approach to the design of nanosized water-soluble polymer-drug conjugates and provided tools to manipulate the tissue and subcellular localization of therapeutics. This work initiated worldwide research and applications of polymeric drug carriers for the design of new therapeutics to treat cancer and musculoskeletal diseases. He designed, synthesized and characterized hydrogels for clinical applications, contributing to fundamental studies of biocompatibility of synthetic polymers. In addition to working in the U’s biomedical engineering department, Kopeček is a distinguished professor of pharmaceutics & pharmaceutical chemistry. He is also co-director of the Center of Controlled Chemical Delivery at the U.

Election to NAI Fellow status is the highest professional distinction given to academic inventors who have demonstrated a spirit of “innovation in creating or facilitating outstanding inventions that have made a tangible impact on quality of life, economic development and the welfare of society,” according to NAI.

“I’m always happy to be recognized by my peers, but it’s also the work of my coworkers, not just mine,” Kopeček said.

He became a visiting professor at the U in 1986 and a professor of bioengineering and pharmaceutics & pharmaceutical chemistry in 1989. “This is a great place to work,” he said about his career at the U. “You can develop your talent to the fullest here.”

Kopeček served as president of the Controlled Release Society, chair of the Biomaterials and Biointerfaces Study Section at the National Institutes of Health, and chair of the Gordon Research Conference “Drug Carriers in Medicine and Biology.” He serves on the editorial boards of 14 international scientific journals.

His many honors include the Founders Award of the Controlled Release Society, Millennial Pharmaceutical Scientist Award, Paul Dawson Biotechnology Award, and Distinguished International Scientist Award of the Japanese Biomaterials Society. He was elected to the U.S. National Academy of Engineering in 2011.

Kopeček has had 20 U.S. patents issued, five U.S. applications, and numerous foreign patents that have been licensed or are in the process. Currently, two active companies use his technologies in conjunction with the university’s Center for Technology & Venture Commercialization, Bastion Biologics and TheraTarget Inc.