In nature, plants engage in a never-ending battle to avoid being eaten. Unable to run away, plant species have evolved defenses to deter herbivores; they have spines, produce nasty chemicals, or grow tough leaves that are difficult to chew. For years, scientists have assumed that herbivores and plants are locked into evolutionary competition in which a plant evolves a defense, the herbivore evolves a workaround, and so on.

New research led by the University of Utah challenges this paradigm of an evolutionary arms race.

The study analyzed multiple species of Inga, a genus of tropical trees that produces defensive chemicals, and their various insect herbivores. The researchers found that closely related plants evolved very different defensive traits. Additionally, their analysis revealed that herbivores may drive evolution of plant defenses, but may not show coevolutionary adaptations. Instead, they may ‘chase’ plants based on the herbivore’s own traits at the time they encounter a new host. 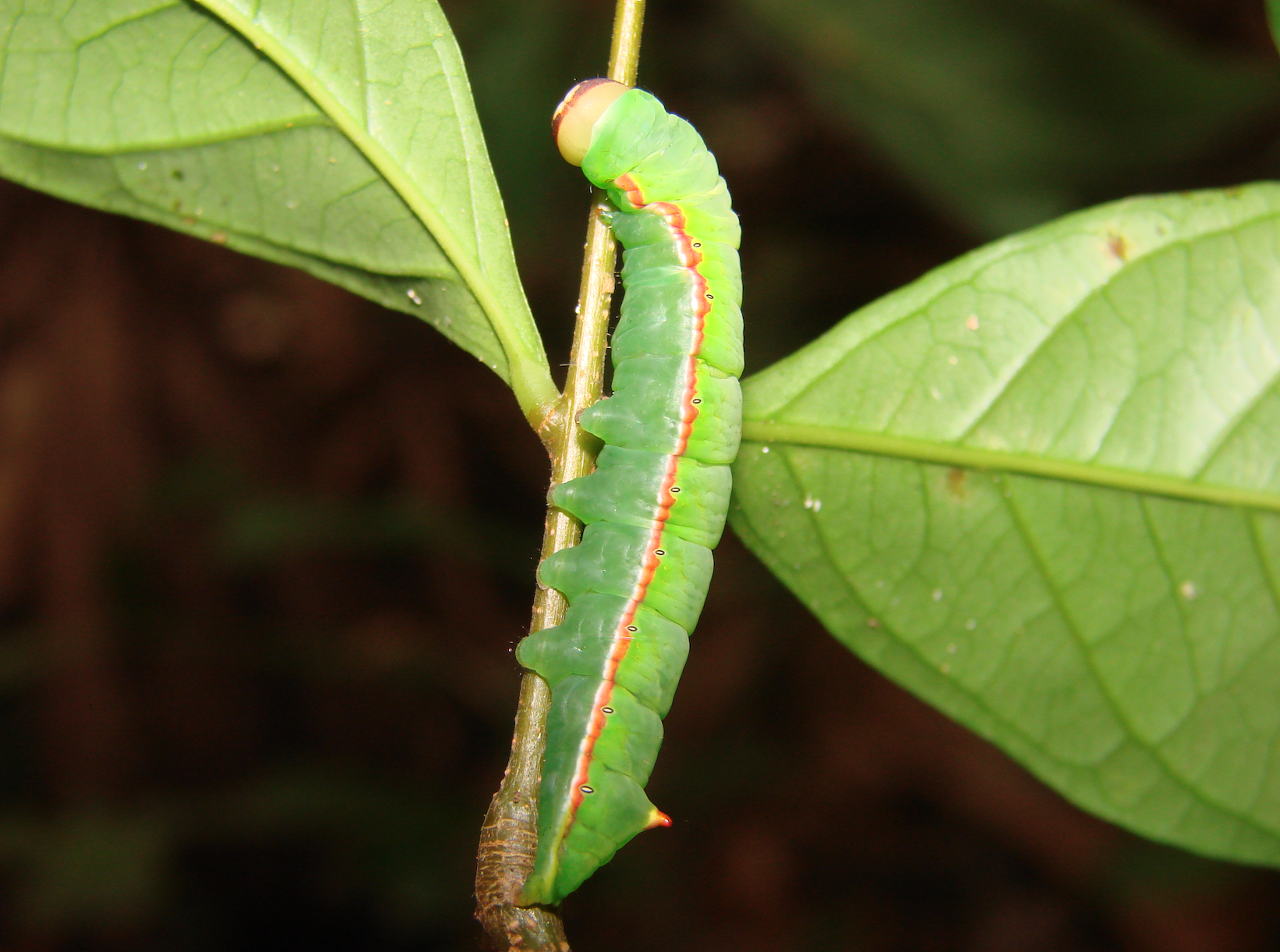 This is a herbivore (a larva from the genus Hapigia) on an Inga species.

Prior studies have focused primarily on the evolutionary histories of both hosts and herbivores to understand coevolution. This is one of the first and most extensive studies that instead focused on the characteristics of the plant defensive traits through fieldwork and laboratory analyses of the anti-herbivore chemicals. By including different types of plant defenses in their analysis, the authors could figure out how different groups of herbivores select hosts based on the defensive traits.

“This allows us to ask this important question: Is plant relatedness or are plant traits more important for determining which plant species a particular herbivore may feed on?” said senior author Thomas Kursar, professor in the Department of Biology at the U and Smithsonian Tropical Research Institute in Panama. “The answer turns out to be that plant traits are more important.”

The results call into question some of the patterns suggested by the current paradigm for plant-herbivore coevolution. The authors propose an alternative hypothesis; while plant defenses may evolve rapidly due to selection by herbivores, herbivores may evolve more slowly. Herbivores tend to maintain the same adaptations for the species of plants that they can consume. Rather than evolve new traits, herbivores may “chase,” track or switch hosts based on host defenses.

The study’s finding surprised the researchers in two ways. First, natural selection for species to differ in defenses was more powerful than expected.

“If a plant can evolve novel or different defenses from its relatives or neighbors, it will suffer fewer attacks and have a higher likelihood of survival, which gives rise to the surprising result that relatives and neighbors differ dramatically in defenses,” said co-author Phyllis Coley, distinguished professor in the Department of Biology at the U and research affiliate with the Smithsonian Tropical Research Institute in Panama.

“The fact that there is this asymmetry in the evolutionary interactions is surprising,” adds lead author Maria Jose Endara, postdoctoral researcher at the University of Utah, and associated researcher at Universidad Tecnológica Indoamérica in Ecuador. “Herbivores select for the divergence in the chemical defenses in Inga hosts. However, their interactions with Inga trees may not drive the divergence of the traits that determine how they select a host. So, we don’t see the expected tight coevolutionary arms race.”

Other authors include Gabrielle Ghabash of the U, James A. Nicholls, Kyle G. Dexter and Graham N. Stone of University of Edinburgh, R. Toby Pennington of the Royal Botanic Garden of Edinburgh and David A. Donoso of the Escuela Politécnica Nacional del Ecuador.