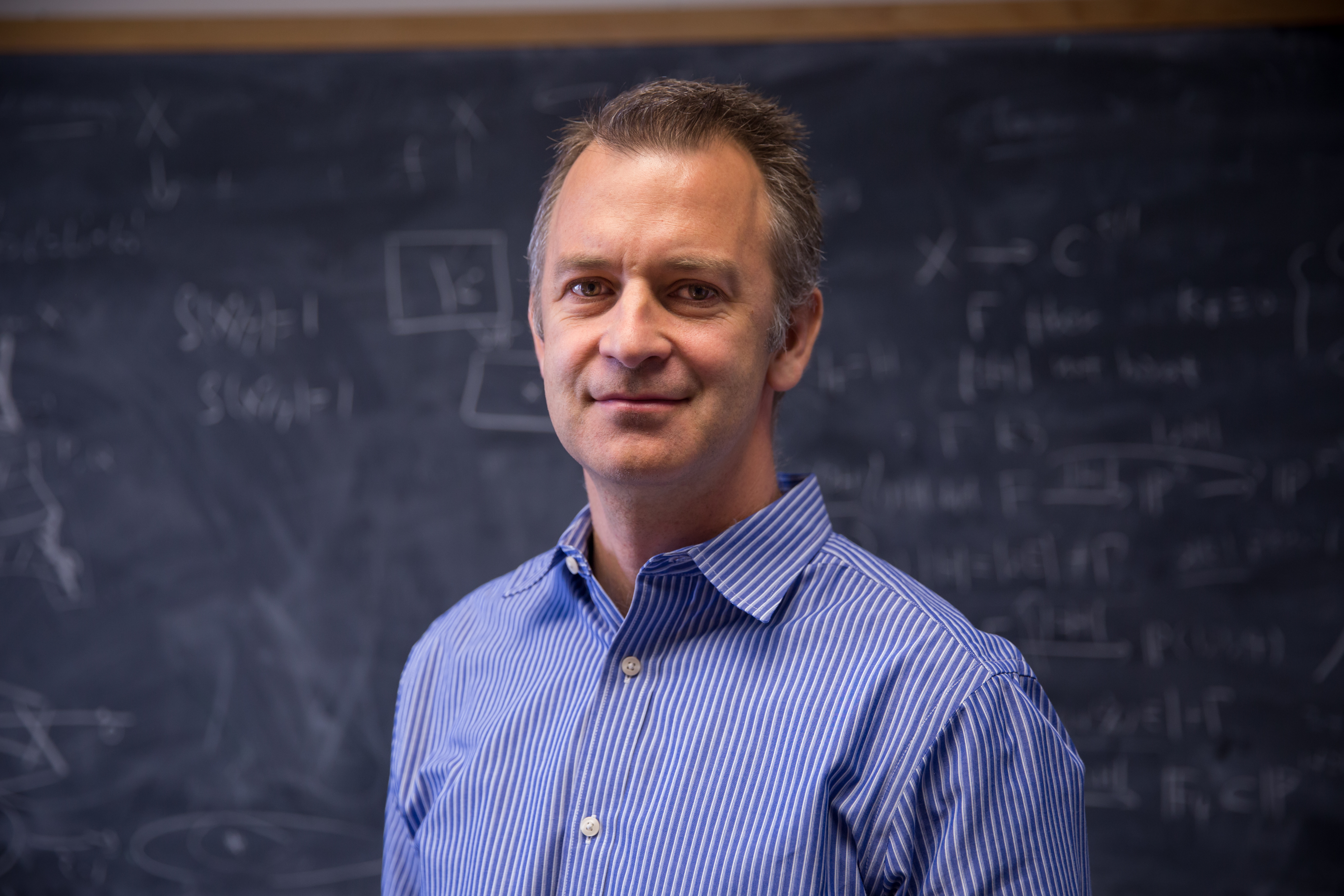 Christopher Hacon, McMinn Presidential Endowed Chair and Distinguished Professor of Mathematics, can now add another honor of a lifetime to his already stellar resume: Election to the Royal Society of London.

“Of course it is a great honor to be elected to the Royal Society and I am very happy and excited for the positive light it sheds on my research and my department,” Hacon said.

“Over the course of the Royal Society’s vast history, it is our fellowship that has remained a constant thread and the substance from which our purpose has been realized: to use science for the benefit of humanity,” said Royal Society president Venkatraman Ramakrishnan in a release. “It is with great honor that I welcome them as Fellows of the Royal Society.”

“Christopher Hacon,” according to the Royal Society’s biography page, “is a mathematician who specializes in the field of algebraic geometry which, loosely speaking, is a branch of mathematics that studies the geometric properties of sets defined by polynomial equations. Together with his co-authors, Hacon has proved many foundational results on the geometry of higher dimensional algebraic varieties including the celebrated result on the finite generation of canonical rings.” Because algebraic geometry is closely connected to other fields within and beyond mathematics, Hacon’s work has had broad impact.

He has been honored with prestigious awards such as the 2018 Breakthrough Prize in Mathematics, the 2016 EH Moore Research Article Prize, the 2015 Distinguished Scholarly and Creative Research Award from the University of Utah, the 2011 Antonio Feltrinelli Prize in Mathematics Mechanics and Applications, the 2009 Frank Nelson Cole Prize in Algebra and the 2007 Clay Research Award. He is a member of the American Academy of Arts and Sciences, a fellow of the American Mathematical Society, a member of the National Academy of Sciences and holds the U’s McMinn Presidential Chair in Mathematics.

Hacon and other newly elected fellows will be formally admitted to the society in July, when they will sign the Charter Book and the Obligation of the Fellows of the Royal Society.

Other U connections in the Royal Society

Ramakrishnan is the current president of the Royal Society of London (elected as a fellow in 2003). He is a 2009 Nobel laureate and taught at the University of Utah from 1995 to 1999.

Simon Tavaré is the director of the Cancer Research UK Cambridge Institute. He taught at the University of Utah from 1978 to 1981 and from 1984 to 1989. He was elected as a Fellow of the Royal Society in 2011.

John Knox was a leader in the field of gas chromatography and began working with liquid chromatography after a sabbatical fellowship at the University of Utah in 1964. He was elected as a Fellow of the Royal Society in 1984. He died in 2018.

We are continually updating lists of prestigious award winners with connections to the University of Utah. If you know of a name that should be on this list, please let us know at unews@utah.edu.