Interpreting hurricane forecast displays can be difficult for general public

The 2017 hurricane season has highlighted the critical need to communicate a storm’s impact path and intensity accurately, but new research from the University of Utah shows significant misunderstandings of the two most commonly used storm forecast visualization methods.

There are advantages and disadvantages to each technique, according to study co-authors Lace M. Padilla, Ian T. Ruginski and Sarah H. Creem-Regehr of the Department of Psychology at the University of Utah.

“Even though hurricane forecasts are costly and have a high impact on health and safety, there has been little research demonstrating how to depict forecast uncertainty to the general public effectively,” said Padilla.

In one experiment, the researchers showed participants either a summary display or an ensemble display with hurricane forecast data and asked them to interpret size and intensity of the storm on a hypothetical oil rig that was shown in different locations. Two additional experiments used only ensemble displays, showing oil rigs at different distances from the storm’s center and either on or between forecast lines.

Although the two types of displays used the same hurricane data, participants interpreted size and intensity differently. The researchers found summary displays were more likely to be misinterpreted than ensemble displays. The cone of uncertainty in a summary display, for example, depicts a hurricane’s possible path, with no information about size, but study participants were likely to interpret the display as showing a storm growing in size and intensity. 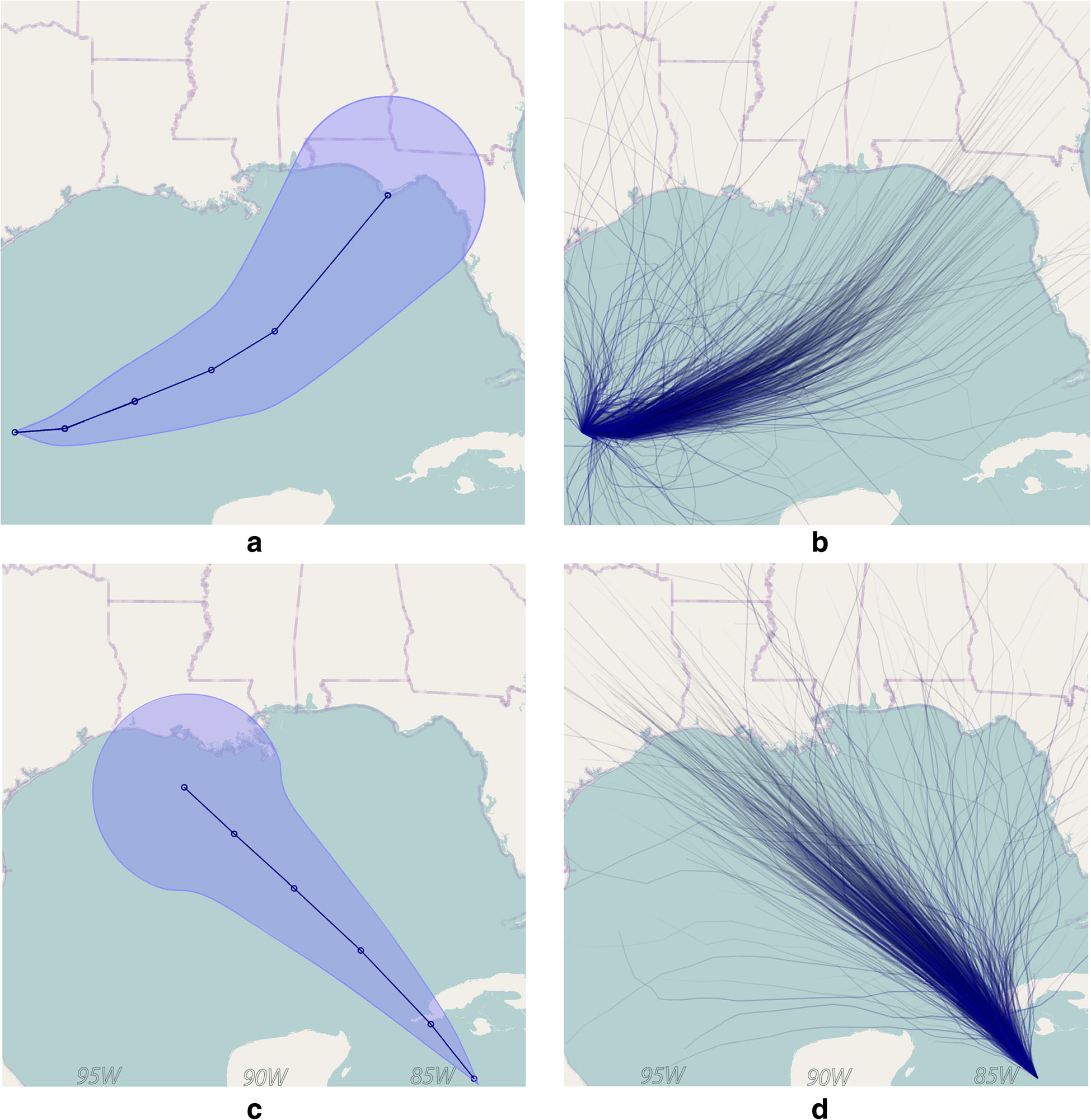 Examples of the cone (a, c) and ensemble display (b, d) visualization techniques  of hurricane one (a, b) and two (c, d)

Ensemble displays are promising for high-level decisions such as regions to evacuate, but the researchers found that novice viewers’ judgments are biased when their point of interest overlaps with a line in the ensemble. In the ensemble display experiment, participants were more likely to predict greater damage to an oil rig located on an ensemble line compared to one not falling on a line. This suggests that people may be more likely to evacuate or take precautionary actions if one of the lines in an ensemble overlaps with their own town, but feel relatively safe if not. This type of risk assessment is inaccurate because forecast scientists choose how many lines they want to show — meaning that ensemble forecasts rarely show all the possible paths the hurricane could take.

These findings matter because the visualization technique chosen can change what information people think is most important and affect decision making about mandatory evacuations and allocation of emergency management resources, the researchers said.

“There are pros and cons for each method of showing hurricane forecasts. That is why it is so important for the media to be informed about how the information they show can influence people’s actions,” said Padilla.

The findings also have implications for media reports, since based on the type of images used, more context may be needed to help the public understand what they are seeing and what it means.

The full study is available by clicking here. 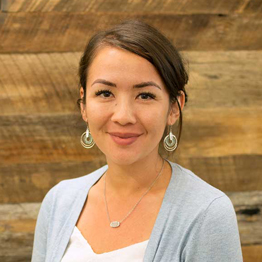 Lace M. Padilla is a doctoral student in the Department of Psychology at the University of Utah. 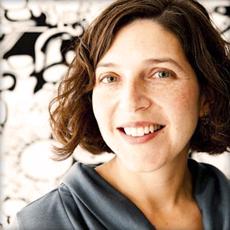 Sarah Creem-Regehr is a professor in the Department of Psychology at the University of Utah.