Researchers have been baffled by tropical rainforest diversity for over a century; 650 different tree species can exist in an area covering two football fields, yet similar species never grow next to each other. It seems like it’s good to be different than your neighbors, but why?

To grow in a tropical rainforest is to engage in constant warfare. Plants battle for resources, such as sunlight, water and minerals. Similar tree species compete for resources in the same ways, so they may inhibit each other’s growth. Plants also battle against herbivore pests. Related trees share the same pests and diseases—if one gets it, the infestation can spread. Scientists have asked, “What is the primary driver in tropical forest diversity–competition for resources, or herbivore pests?”

For the first time, University of Utah biologists compared the two mechanisms in a single study.

The team analyzed how neighboring trees influence the growth and survival of nine coexisting species of the tree genus Inga in the Panama rainforest. They compared tree traits for resource acquisition, anti-herbivore defenses and the herbivores that live on the plants. They found that neighboring trees were basically the same in terms of acquiring resources, but had very different defenses and herbivores. Indeed, the defensive traits and shared pests impacted growth and survival, while resource acquisition traits had no effect on the plants’ success. These findings indicate that anything impacting pest populations, such as climate change or habitat fragmentation, will have an impact on the health of the rainforest.

“Working in these hyper-diverse tropical rainforests makes it abundantly clear just how complex the web of interacting species really is. No species or individual lives in isolation. At all levels within the food chain species are competing with one another for precious resources and contributing a huge amount of their energy to defending themselves from the barrage of enemies they face,” said Dale Forrister, doctoral candidate in the School of Biological Sciences at the University of Utah and lead author of the study. “We are excited about this study because it highlights some of the important ways these antagonistic interactions might influence tropical diversity.” 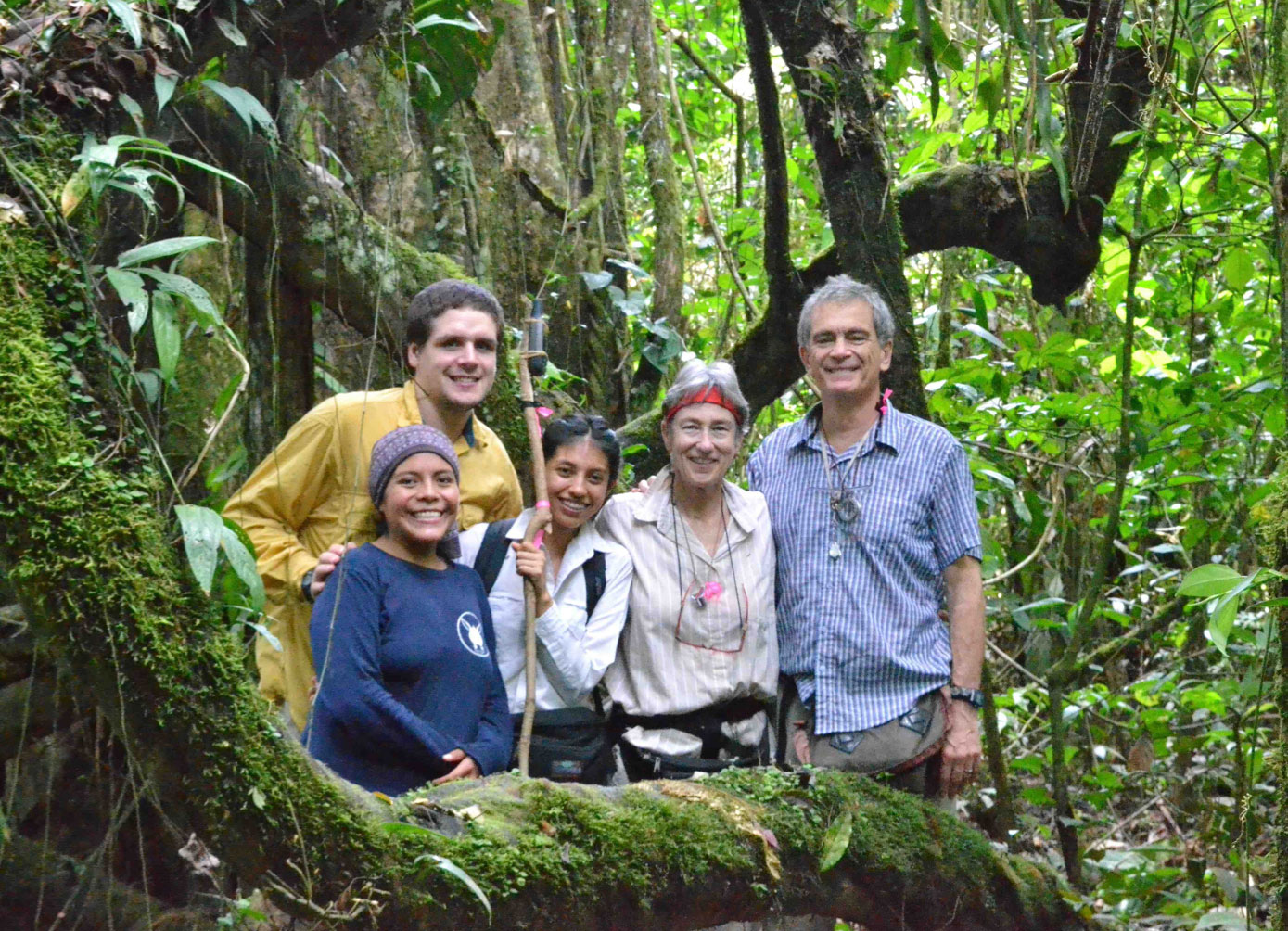 It’s a jungle out there

The team conducted their analysis over five years within a 50-hectare forest plot in Barro Colorado Island, Panama. The site has growth and survival data for over 423,000 trees from a previous long-term study. The researchers analyzed every individual tree sapling from the focal Inga species and calculated the similarity of their Inga neighbors’ traits within a 10-meter “neighborhood.” They measured four resource acquisition traits, five anti-herbivore defenses and recorded which herbivores were eating which plants.

Forrister developed a complicated model to determine how neighboring trees influence sapling growth and survival. They found that resource acquisition traits had no effect on survival, while defensive traits and herbivores had a big impact.

There are only so many ways to acquire resources. Defensive traits, however, are nearly endless. Plants and herbivores are in a constant arms race to outsmart each other. Plants develop traits to deter hungry mandibles, and herbivores adapt to deal with the leaf’s defenses. The Inga genus has a quiver of anti-herbivore traits, including tiny hairs, nectar cups that attract pugnacious ant protectors, and most notably, leaves filled with poisonous compounds. Each Inga species can make hundreds or sometimes thousands of different toxins.

“People may think of a jungle like it’s a giant salad bowl. It should be paradise for pests because they’re surrounded by leaves. But plants have an infinite number of defense combinations—half the weight of a young leaf is poison,” said Phyllis Coley, Distinguished Professor of Biology at the University of Utah, research affiliate at the Smithsonian Tropical Research Instituteand co-author of the study. “As a consequence of the diversity of defenses, each species of herbivore can only eat a few species of plants that they have adaptations for.”

Closely related plants have similar defensive traits, and therefore similar pests. If a plant differs from its neighbor in terms of defenses, their herbivores aren’t a threat, Coley continued. “You’ll have your own herbivores, but at least you won’t have all the critters in the neighborhood eating you.” 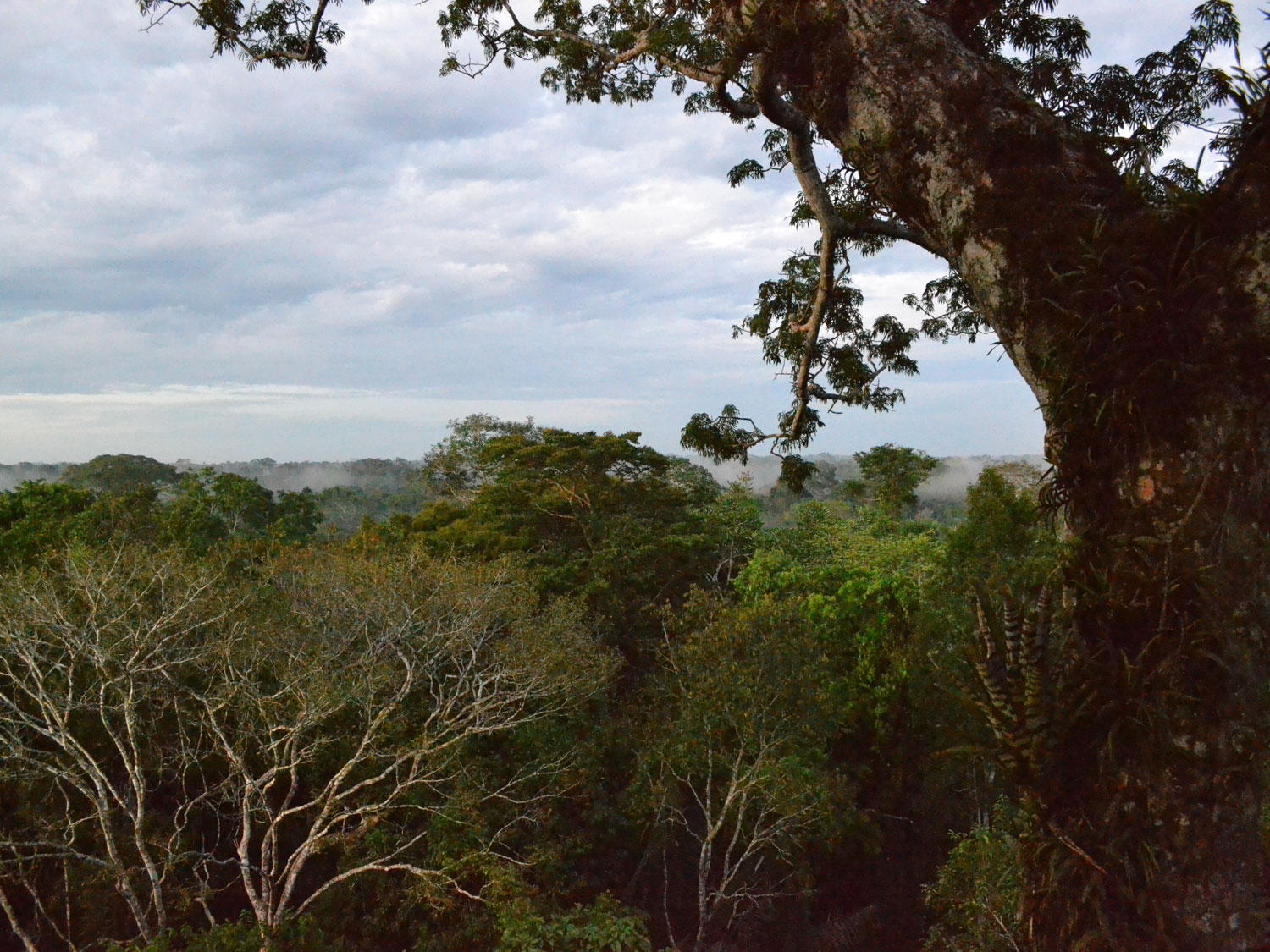 The rainforest in Panama is highly diverse. A new study showed that herbivores and plant defenses against them drive the extreme diversity in tropical rainforests.

Plant toxins are the most important weapons for tropical plants, but testing the similarity of each species’ chemicals proved problematic. Over five years, the researchers collected leaf samples in the field, dried them in a makeshift desiccator suitcase (no easy feat in 100 percent humidity) and then brought them to the U for analysis. Using high performance liquid chromatography, they separated all of the distinct compounds inside the leaves. However, only 4 percent of the Inga compounds were known to science. So, the team got creative and came up with a new metric. They used a mass spectrometer to determine the chemical structure of each compound, and established that compounds with similar structures were likely affecting herbivores in a similar way.

“Metabolomics, a relatively new field of science, offers scientists a powerful new toolbox for examining the vast amount of chemical diversity that exists out there. Chemicals play a huge role in nature, from defenses to communication they are the medium by which species interact. Being able to quantify this in a meaningful way provides a truly unique perspective,” said Forrister.

But do the herbivores “care” about the traits the team was measuring and do Inga species with similar traits share herbivores? To test this, they collected caterpillars that were eating Inga leaves and sequenced their DNA to classify each as species A, species B, etc. They were unable to name the species because most of the caterpillars were new to science. They cataloged which herbivores were eating which plants, correlated the suite of compounds in the plants and inferred which plant species shared herbivore communities.

Both old-school field research and modern techniques were indispensable to this project’s success. 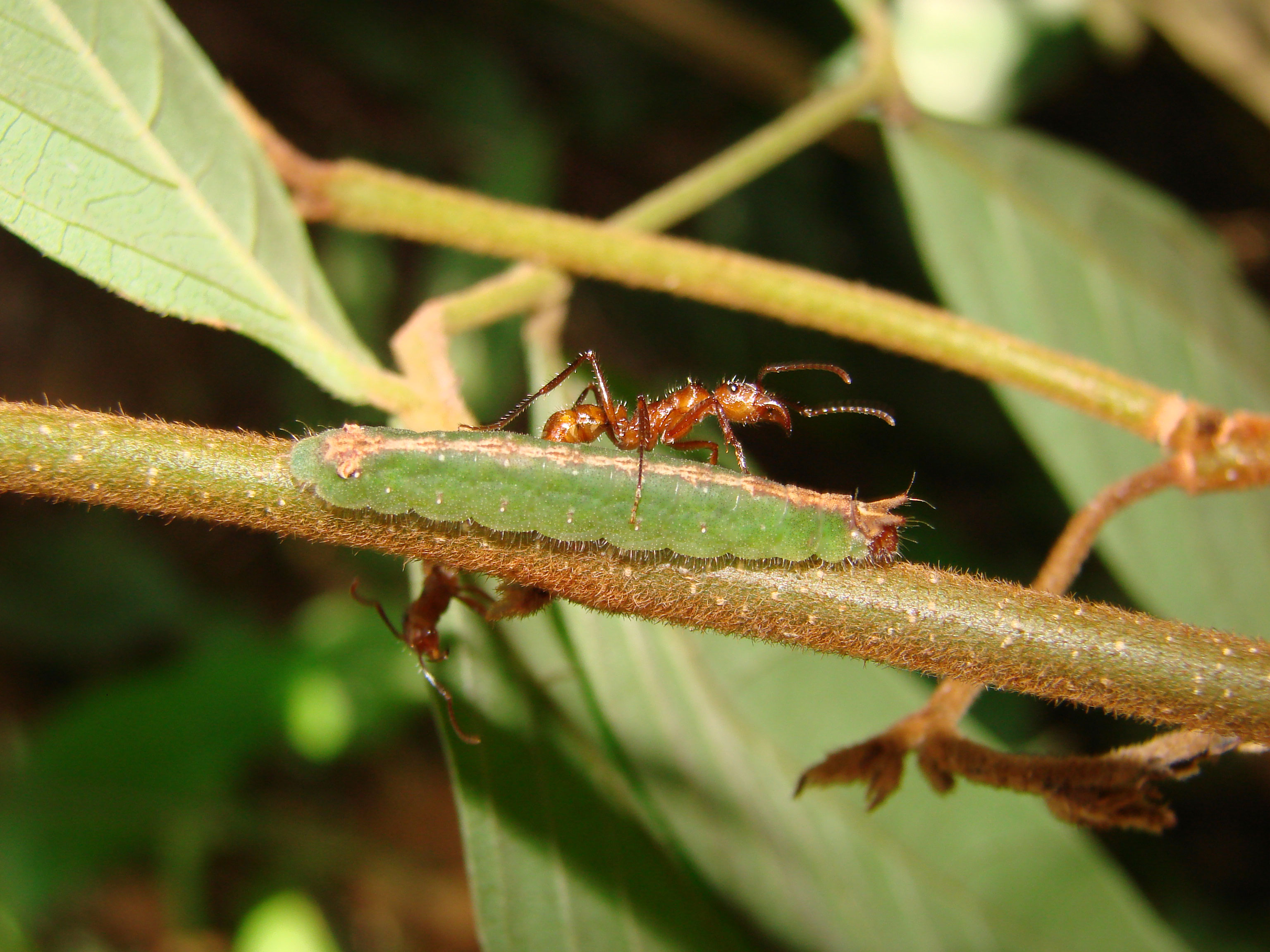 “Despite state-of-the-art laboratory facilities, there’s no substitute for spending months and months in the rainforest,” said Coley. “It took us several years to collect data, and samples of leaves and herbivores. It’s hot, humid and buggy, but attempting to understand the diversity of species is a biologist’s dream.”

The study reveals the significant role of herbivores in driving diversity in tropical ecosystems, with stark implications—the loss of those populations could have catastrophic consequence on these important habitats.

“If climate change continues to increase the length of the dry season in the Americas, then the dynamics of the herbivore populations will change as well,” said Coley. “That could have implications down the road.”

María-José Endara of the University of Utah and Universidad Tecnológica Indoamérica in Quito, Ecuador, Gordon C. Younkin of the U and Thomas A. Kursar of the U and the Smithsonian Tropical Research Institute coauthored the study. This work was supported by grants from the National Science Foundation.