Fifteen years ago, University of Utah forest ecologist Nalini Nadkarni wanted girls to have a Barbie doll that represented a career like hers, or at least one that wore rubber boots and carried a climbing rope and helmet. But with a lack of tree canopy field gear among the existing accoutrements for the doll, Nadkarni made her own dolls for years, fashioning what she called “Treetop Barbies” from thrift store finds and handmade accessories. 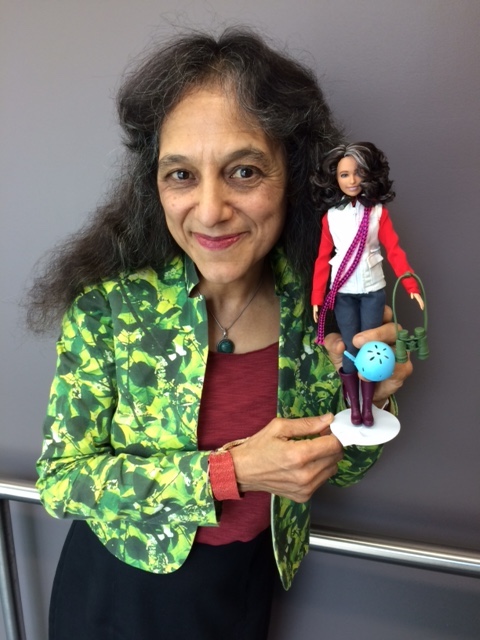 Nadkarni is a passionate science communicator. She teaches scientists how to engage with their community in meaningful ways that build bridges between those community groups and academic researchers. Other efforts have included organizing a fashion show at an ecology conference and bringing the soft imagery of nature into the starkness of solitary confinement (one of Time magazine’s 25 Best Inventions of 2014).

Treetop Barbie, however, has been a particular long-standing passion. Nadkarni started collecting Barbies from thrift stores and buying little helmets on eBay to put together Treetop Barbie outfits. Volunteer tailors put together the outfits. Nadkarni included a booklet on canopy plants to accompany the doll and sold them, at cost, herself.

Last year, the National Geographic Society, with whom Nadkarni has a 25-year relationship, reached out to her about a licensing agreement between Mattel and National Geographic to create a line of National Geographic Barbie dolls. The line would include dolls centered around exploration, science, conservation and research highlighting occupations in which women are underrepresented. 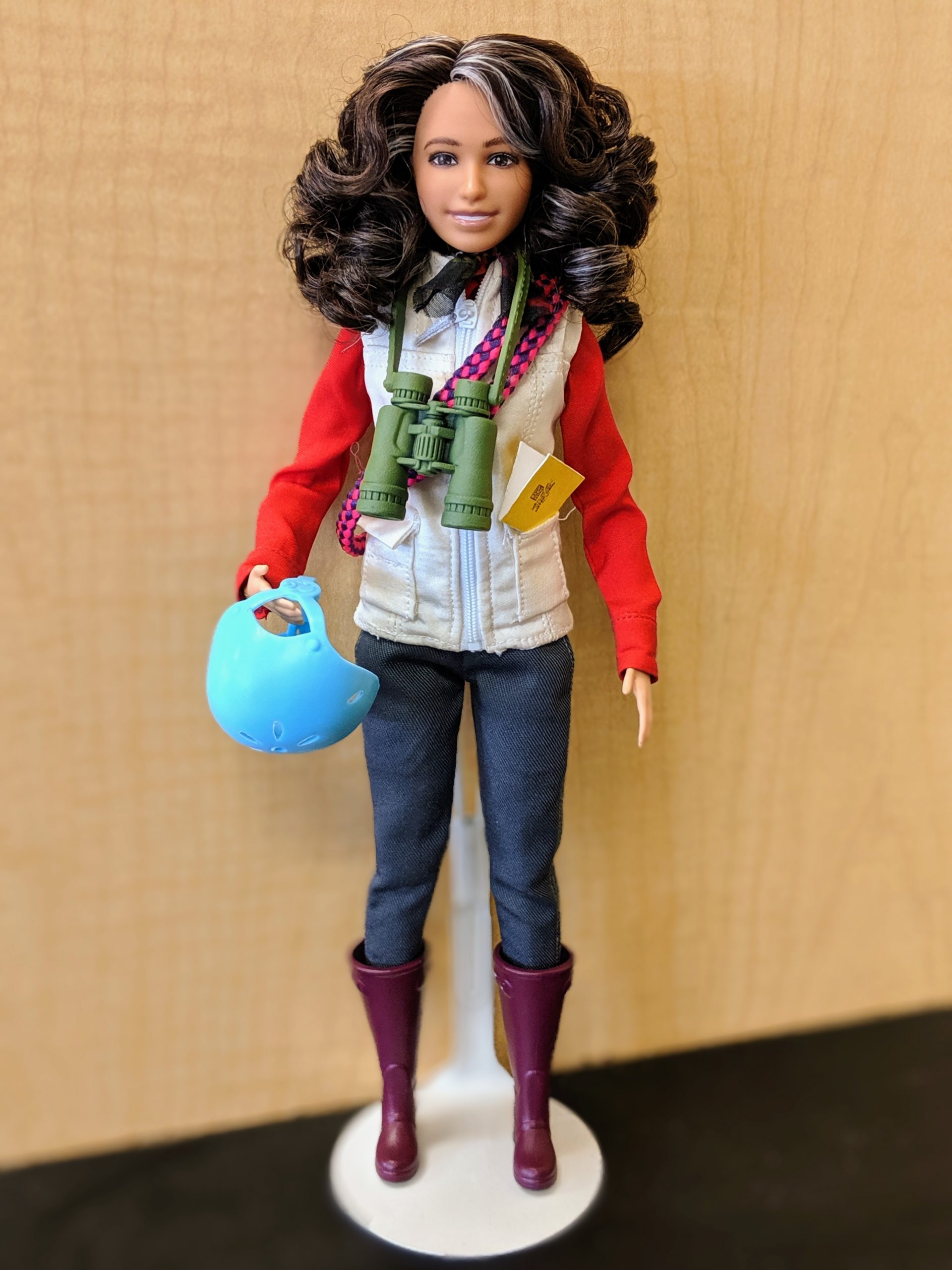 A Barbie doll based on Nalini Nadkarni’s actual field equipment.

As an advisor, Nadkarni initially contemplated promoting a line with a history of consumerism and stereotypes. “I had to think about whether these dolls would inspire young girls to become whomever they want to or whether the dolls would represent a ‘perfect image’ of scientists.” With Nadkarni’s help, National Geographic and Barbie developed a product line that consists of career dolls and playsets including Wildlife Conservationist, Astrophysicist, Polar Marine Biologist, Wildlife Photojournalist and Entomologist.

Nadkarni received a one-of-a-kind doll made in her likeness, complete with custom accessories representative of her career, including a climbing rope, binoculars, boots, notebook and a helmet, which sits on her shelf. “It confirms to me,” she says, “that sometimes things you dream about do come true.”

“In 2019, adventurous Barbies who have exciting scientific professions are on Mattel’s radar, as they have figured that there is a market for them.” Nadkarni states. “That shows amazing progress of a corporation, and of society.”