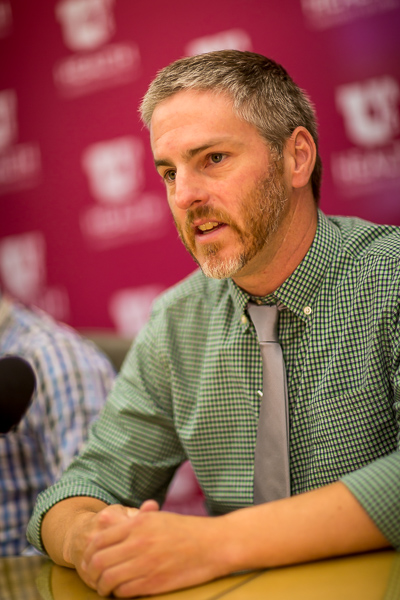 Doctors have identified a previously unrecognized characteristic of the vaping-related respiratory illness that has been emerging in clusters across the U.S. in recent months. Within the lungs of these patients are large immune cells containing numerous oily droplets, called lipid-laden macrophages.

The finding may allow doctors to definitively diagnose the nascent syndrome more quickly and provide the right treatment sooner. It could also provide clues into the causes of the new and mysterious condition. Investigators at University of Utah Health reported the findings in a letter published in the New England Journal of Medicine on Sept. 6, 2019.

“While it is too soon to be sure, these lipid-laden macrophages may turn out to be useful to confirm or rule out this disease,” said the study’s senior author Scott Aberegg, a critical care pulmonologist at U of U Health. “They may also be helpful in understanding what is causing this illness,” he added.

Watch U of U Health doctors and patients talking about vaping-related illness here.

Patients with vaping associated lung injury come to doctors complaining of dry cough, chest pain, shortness of breath, as well as abdominal pain, nausea and vomiting. They also often have fevers, body aches and drenching night sweats. Patients are treated with supportive care including oxygen, and more severe cases are treated with anti-inflammatory steroids. While mild cases improve within five to seven days, more severe cases can take weeks to recover. The most severe cases are admitted to the intensive care unit, and some have required life support.

Lung scans from patients with vaping illness look like a serious viral or bacterial pneumonia, but those tests come back negative. Instead, diagnosis has been based on exclusion of known causes of similar respiratory illnesses combined with knowing the patient has a history of vaping.

U of U Health investigators identified the lipid-laden macrophages in six out of six cases seen at University Hospital in Salt Lake City by the time of submitting the results for publication. The cells were found in samples after performing a procedure called bronchoalveolar lavage where fluid is squirted into a small section of the lungs and then collected for examination. Macrophages are a type of cell from the immune system that gather at sites of infection and perform the role of cleaning up debris. Staining them with a dye called Oil-red-O highlighted the oily droplets littered throughout these cells. 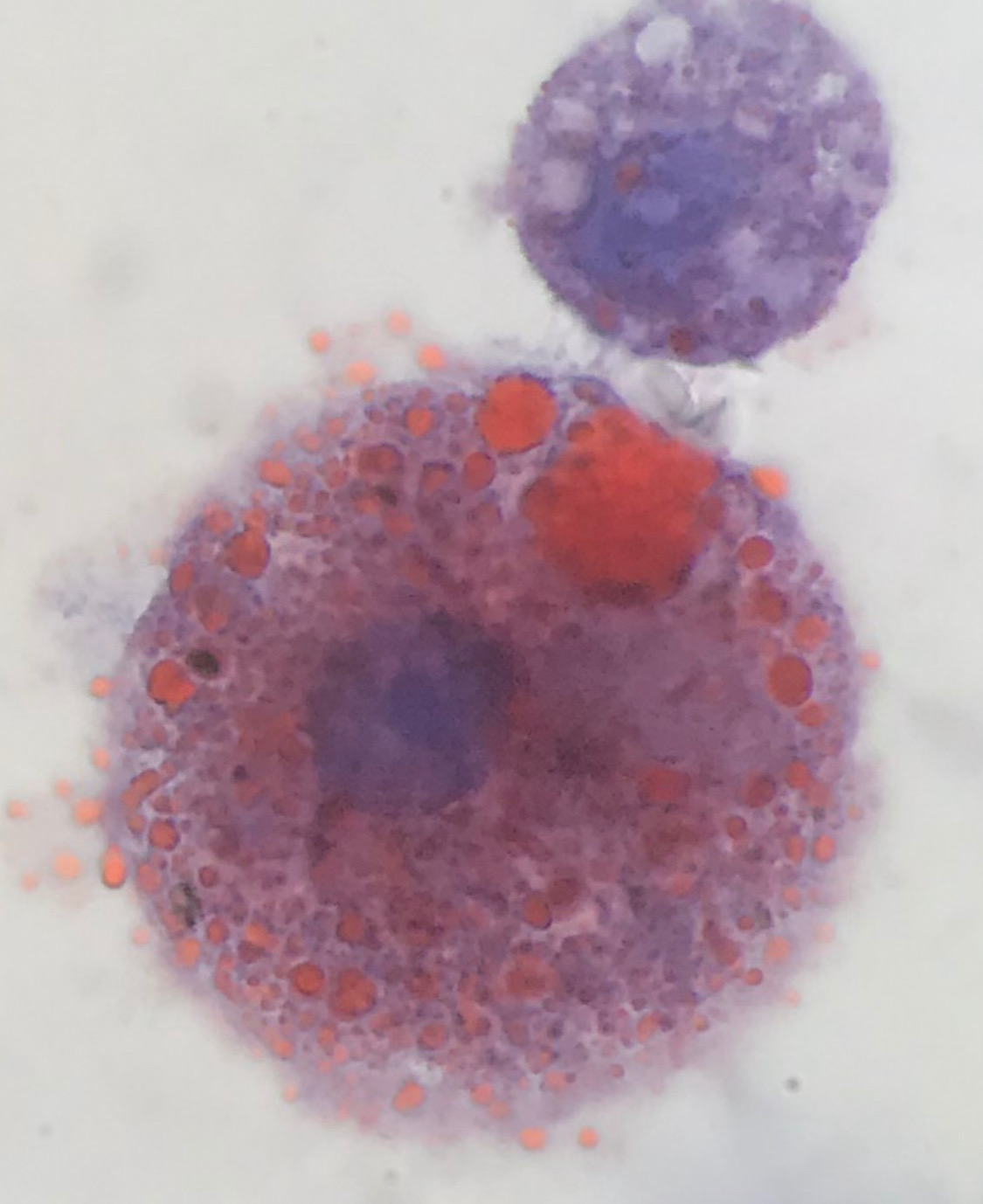 “These cells are very distinctive, and we don’t often see them. That made everybody start to think carefully about why they were there. Are they scavenging debris in the lungs that was introduced through vaping?” Aberegg said.

Doctors at the U had the test performed on the first vaping patient, a 21-year old man, treated at U of U Health in July 2019, after the referring doctor had suggested the patient could have lipoid pneumonia. The condition is diagnosed by screening for lipid-laden macrophages. After finding the marker in this patient, doctors performed the same test in subsequent patients suspected to have the vaping illness and all were positive. Since submitting their findings for publication, the number of vaping illness cases with lipid-laden macrophages has risen to ten of ten patients examined, with new cases arriving weekly.

“We need to determine if these cells are specific for the illness or whether they are also seen in vaping patients who are not ill and don’t have symptoms,” Aberegg said. “If they are only seen in patients who get sick, we can begin to make some connections between what we’re seeing in the lipid laden macrophages and whatever components of the vaping oils may be causing this syndrome.”

In addition to Aberegg, co-authors include Sean D. Maddock, Meghan M. Cirulis, Sean J. Callahan, Lynn M. Keenan, Cheryl S. Pirozzi and Sanjeev M. Raman. The research published on Sept. 6 as a letter to the editor at the New England Journal of Medicine, titled, “Pulmonary disease and lipid-laden macrophages associated with e-cigarette use”.

University of Utah Health provides leading-edge and compassionate medicine for a referral area that encompasses 10% of the U.S., including Idaho, Wyoming, Montana and much of Nevada. A hub for health sciences research and education in the region, U of U Health has a $356 million research enterprise and trains the majority of Utah’s physicians and more than 1,250 health care providers each year at its Schools of Medicine and Dentistry and Colleges of Nursing, Pharmacy and Health. With more than 20,000 employees, the system includes 12 community clinics and four hospitals. For nine straight years, U of U Health has ranked among the top 10 U.S. academic medical centers in the Vizient Quality and Accountability Study, including reaching No. 1 in 2010 and 2016.