“Evolution: DNA and the Unity of Life” Brings New Life to Old Concepts 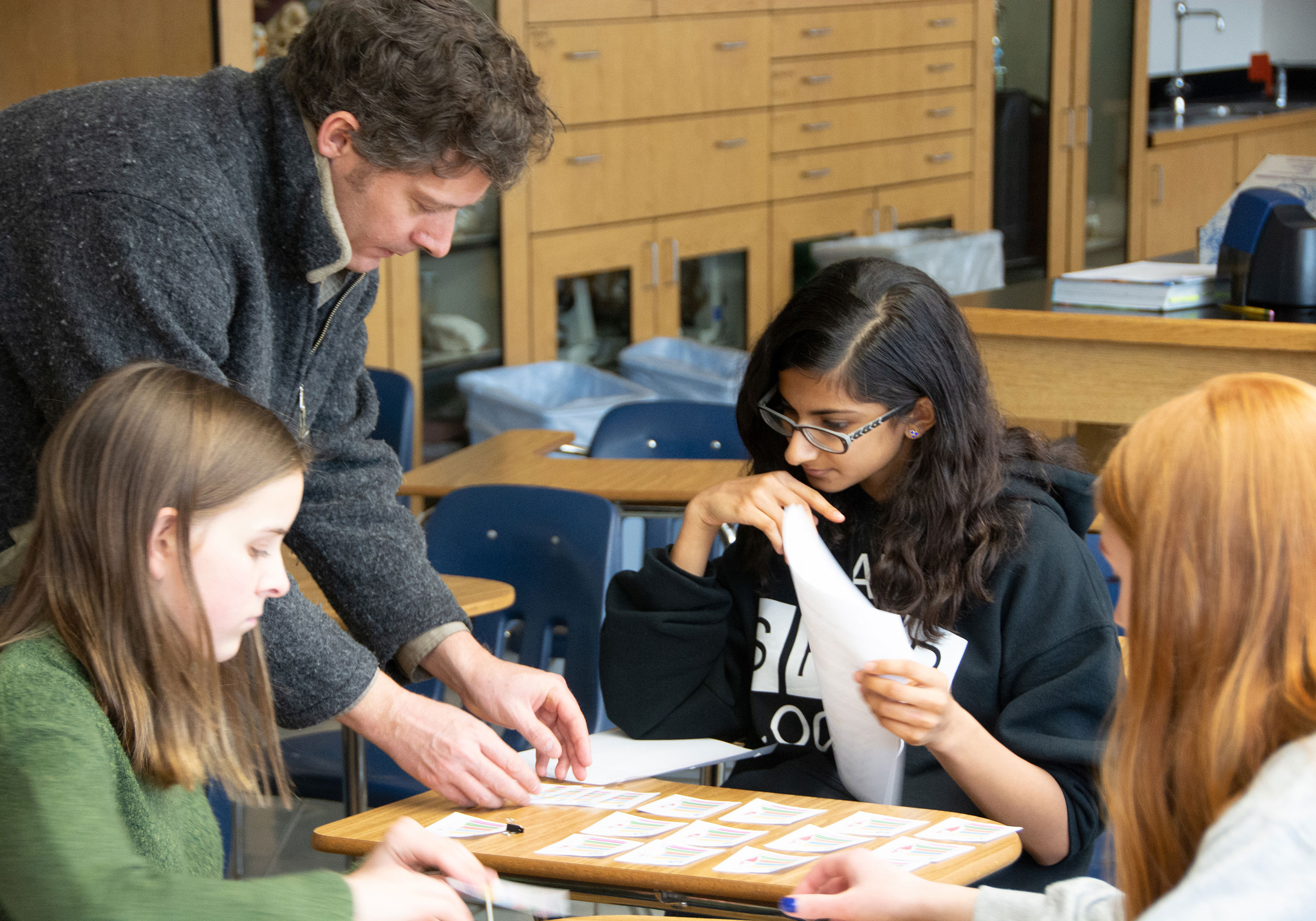 Gone are the days of heavy science textbooks with over-used examples and hard-to-grasp lessons. The Genetic Science Learning Center (GSLC) at the University of Utah is bringing science education into the 21st century with an online, interactive and multimedia curriculum that teaches up-to-date concepts in evolution and genetics to high school students.

The newly released and freely available curriculum, Evolution: DNA and the Unity of Life, can be found on two complementary websites: Learn.Genetics, geared for students and the public, and Teach.Genetics, for teachers.

“This curriculum redefines how evolution is taught in high schools,” says Louisa A. Stark, director of the GSLC and professor of Human Genetics at the U. “Rather than taking a historical perspective with a spotlight on Darwin’s discoveries, the unit focuses on a modern understanding of evolutionary processes, which is centered on DNA.” 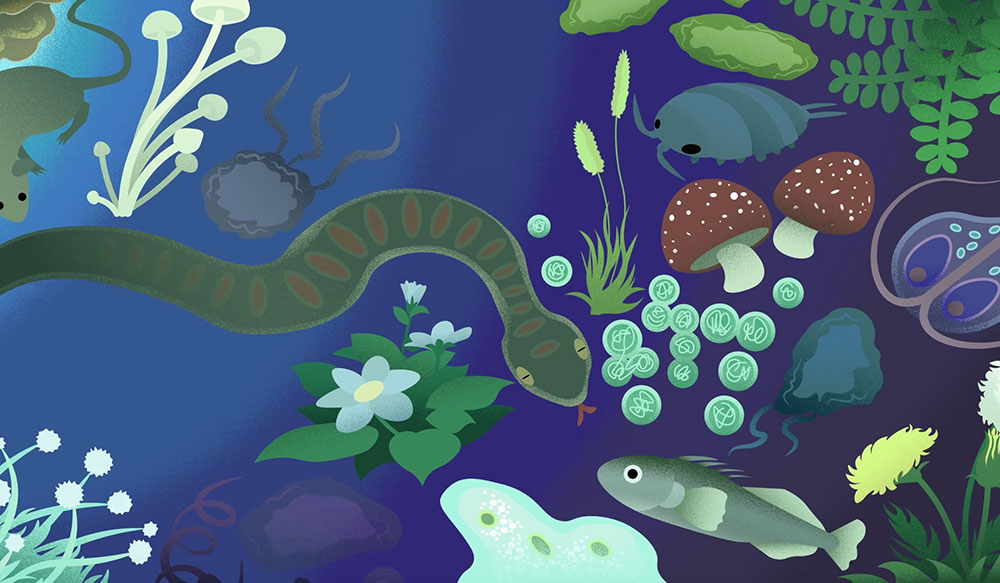 An interactive lesson on common ancestry from the “Evolution: DNA and the Unity of Life” curriculum.

Since the Next Generation Science Standards (NGSS) were released 5 years ago, teachers have been demanding curricula based on the guidelines. The new GSLC materials meet this need while bringing a fresh perspective to the age-old topic of evolution.

Consisting of 5 modules, the unit builds on concepts incrementally:

Early lessons explore genes and basic biological functions that are common to all life on earth—some of the newest and most compelling evidence that all living things share a common ancestor. Later lessons also feature DNA, both as the source of differences in traits over time and as a record of evolutionary change.

A new view of evolution 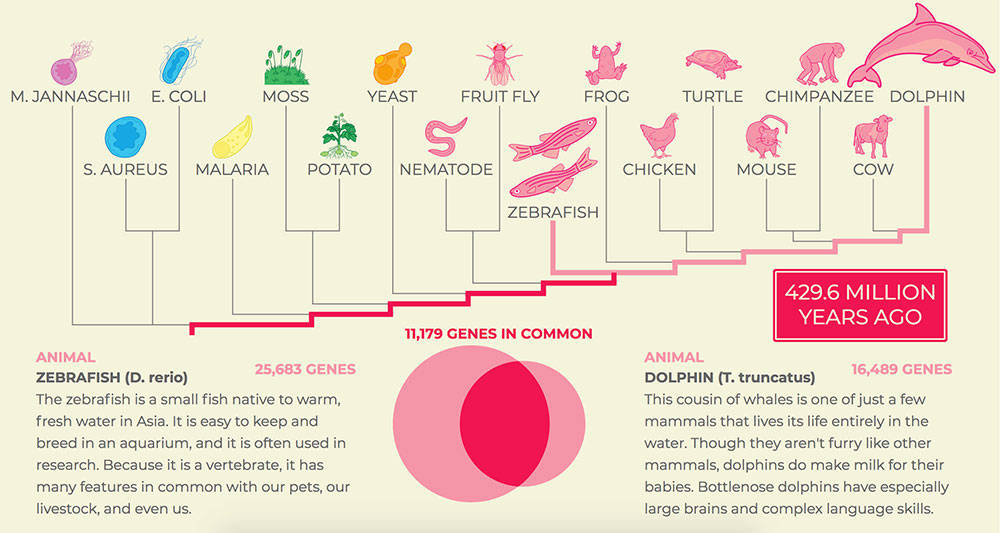 “Evolution: DNA and the Unit of Life” teaches high school students a new view of evolution with DNA at the forefront.

At first glance a little silver fish called the stickleback may not seem inspiring. But the finned subject of several lessons in the Natural Selection module of the GSLC’s Evolution unit is helping students and teachers think differently about science.

A video introduces students to a real scientific conundrum¾what happens when a population of ocean sticklebacks is introduced to a nearby lake? Will their characteristics change to become more like other lake sticklebacks? Students step into the role of scientist to find out. Through an interactive online game, they collect fish and analyze data from actual scientific studies to build their argument.

These lessons epitomize the unit’s approach, explains Rob Wilson, who taught the curriculum to 9th graders at Rowland Hall Upper School in Salt Lake City last year. “What’s really exciting about the curriculum is that students discover the concepts for themselves and come to their own conclusions with guidance,” he says.

April Thompson, who teaches 9th grade biology at Lakeview Academy in Saratoga Springs, Utah, was surprised at how captivated her students were. “The kids were really engaged,” she says. “They would debate about what they were discovering in the hall after class and still talked about it weeks later.”

Wilson adds that the experience inspired him to introduced more student-centered learning into his classroom. “It opened up my teaching,” he says. “I got so much more excited about the things I can do.”

Rob Wilson teaches from the GSLC’s “Evolution: DNA and the Unity of Life” curriculum at Rowland Hall Upper School.

More than flashy packaging, the GSLC unit effectively teaches evolution. Scientific methodologyies were used to evaluate students’ knowledge before and after instruction. More than 2,250 students from diverse backgrounds taught by 38 teachers in 23 states across the country participated in curriculum testing. High school students who learned evolution through the GSLC unit significantly outperformed students taught with comparable NGSS-aligned materials.

With new funding from the National Science Foundation, the GLSC plans to develop an evolution curriculum for 6th to 8th graders. The middle school curriculum will be available in 2022.

The GSLC is already known fordeveloping the most highly used online biology education resource in the world. More than 16 million unique users from nearly every country visit their Learn.Genetics and Teach.Genetics websites annually.

“Evolution: DNA and the Unity of Life” was created with support from the National Science Foundation. Assessment measures were developed and administered by a project partner, Project 2061, an initiative of the American Association for the Advancement of Science.