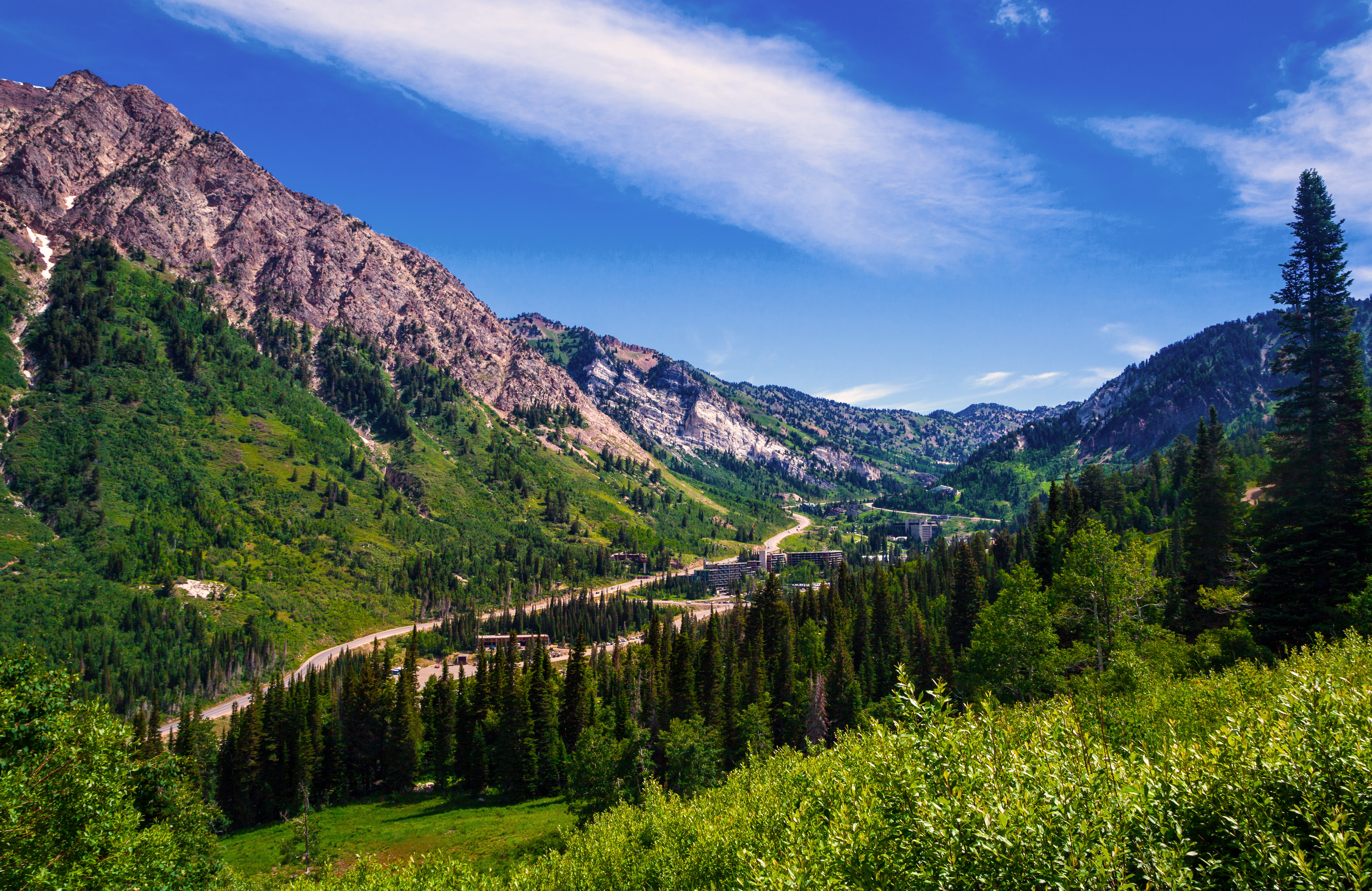 April 16, 2018 — Little Cottonwood Canyon Road, the winding 7-mile road that cuts through the Wasatch Mountains to Snowbird and Alta ski resorts, is facing catastrophic traffic congestion. Already, more than 6,600 vehicles and 12,400 people go into the canyon on peak days, and only 4 percent of those users take public transportation, according to the Utah Department of Transportation (UDOT). And it’s only going to get worse.

So do you widen the canyon road, which would have a significant environmental impact? A University of Utah civil and environmental engineering class was tasked with figuring that out, and its findings suggest you don’t have to dig into the canyon and add another lane to fix the congestion.

The engineering class was hired by the Granite Community Council to conduct a study on what transportation improvements can be made to Little Cottonwood Canyon to help mitigate the rising traffic problems. Other major issues it looked at include local roads jammed with cars blocked by snow and avalanche cleanup, as well as unsafe parking on the roadway near the ski resorts. The proposed solutions will be costly, and the class will be recommending that officials institute a user’s fee, or toll, for Little Cottonwood Canyon Road (State Road 210) to help maintain the area and implement these improvements.

The 20 students, who are in a “Professional Practice and Design” engineering class, will be presenting their results to community and UDOT officials during a presentation April 19 at 9:30 a.m. at the University of Utah J. Willard Marriott Library, 295 S. 1500 East, Room 1170.

“We project a 2-percent growth of users per year,” one of the class’s instructors, University of Utah civil and environmental engineering associate professor Steve Bartlett, says about Little Cottonwood Canyon. “In a 50-year span, you’re looking at doubling the users in the canyon.

The students say officials can make several improvements to relieve traffic that would have much less environmental impact than just widening the road. More immediate measures include:

• Avalanche sheds. Build several of these above-ground tunnels along the road to protect it and vehicles from avalanches that result in road closures.

• Minor road alignments. Make minor changes to the roads for improved vehicle sightlines and to allow better merging and passing.

• Improvements for bicyclists. Develop more paving and guardrails for biking.

Meanwhile, the class will also make other recommendations for the future that involve autonomous vehicles, vehicle-to-vehicle communications, and a user-friendly information system that would, for example, allow a person to use a cell phone to arrange a home-pickup, book a seat on a mass-transit vehicle, or reserve a parking place at a resort.

Currently, the Utah Legislature has earmarked up to $65 million for Little Cottonwood Canyon improvements, but Bartlett says the cost of the class’s proposed improvements will run well beyond $100 million. The study recommends instituting a user fee, or toll, for drivers into the canyon to help generate revenue and to encourage more people to use public transportation.

That is similar to the recommendation students from last year’s Professional Practice and Design engineering class made when they revealed the results of a study it conducted on Big Cottonwood Canyon. The Big Cottonwood Canyon Community Council hired the class — then a different group of students — to assess what it would take to manage traffic and raise revenue to maintain the restrooms and other recreation amenities. Some of their recommendations included restriping the road to include bicycle markings, expand public transportation service and reconfigure parking lots to safely include more cars. Since then, a toll for that canyon is being considered.

Bartlett, who teaches the class every year with U civil and environmental engineering adjunct professor David Eckhoff, hopes the student study can aid officials in doing what’s necessary to keep the canyon pristine for generations to come.

“Hopefully, this can be a strong voice in the planning stages,” Bartlett says. “We are hoping to plant a vision in the public mindset that a wholesale widening of the canyon is not necessary. A better use of transit and private-vehicle ridership can make up this gap.”