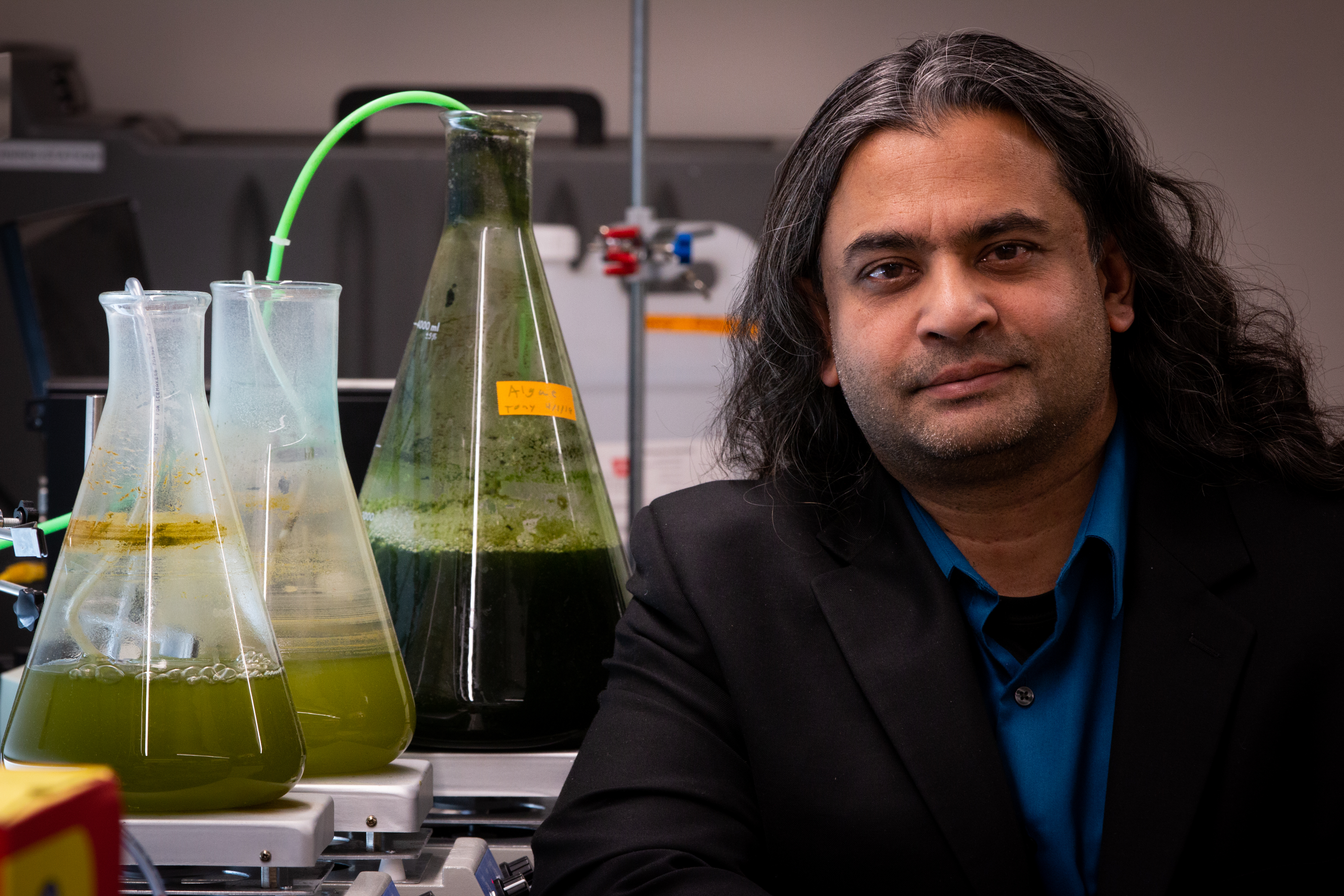 Biofuel experts have long sought a more economically viable way to turn algae into biocrude oil to power vehicles, ships and even jets. University of Utah researchers believe they have found an answer. They have developed an unusually rapid method to deliver cost-effective algal biocrude in large quantities using a specially-designed jet mixer.

Packed inside the microorganisms growing in ponds, lakes and rivers are lipids, which are fatty acid molecules containing oil that can be extracted to power diesel engines. When extracted the lipids are called biocrude. That makes organisms such as microalgae an attractive form of biomass, organic matter that can be used as a sustainable fuel source. These lipids are also found in a variety of other single-cell organisms such as yeasts used in cheese processing. But the problem with using algae for biomass has always been the amount of energy it takes to pull the lipids or biocrude from the watery plants. Under current methods, it takes more energy to turn algae into biocrude than the amount of energy you get back out of it.

A team of University of Utah chemical engineers have developed a new kind of jet mixer that extracts the lipids with much less energy than the older extraction method, a key discovery that now puts this form of energy closer to becoming a viable, cost-effective alternative fuel. The new mixer is fast, too, extracting lipids in seconds.

“The key piece here is trying to get energy parity. We’re not there yet, but this is a really important step toward accomplishing it,” says Leonard Pease, a co-author of the paper. “We have removed a significant development barrier to make algal biofuel production more efficient and smarter. Our method puts us much closer to creating biofuels energy parity than we were before.”

Right now, in order to extract the oil-rich lipids from the algae, scientists have to pull the water from the algae first, leaving either a slurry or dry powder of the biomass. That is the most energy-intensive part of the process. That residue is then mixed with a solvent where the lipids are separated from the biomass. What’s left is a precursor, the biocrude, used to produce algae-based biofuel. That fuel is then mixed with diesel fuel to power long-haul trucks, tractors and other large diesel-powered machinery. But because it requires so much energy to extract the water from the plants at the beginning of the process, turning algae into biofuel has thus far not been a practical, efficient or economical process.

University of Utah chemical engineering assistant professor Swomitra Mohanty, pictured with beakers of algae, is part of a team that has developed a new kind of jet mixer for turning algae into biomass that extracts the lipids with much less energy than the older extraction method. It is a key discovery that now puts this form of energy closer to becoming a viable, cost-effective alternative fuel.

The team has created a new mixing extractor, a reactor that shoots jets of the solvent at jets of algae, creating a localized turbulence in which the lipids “jump” a short distance into the stream of solvent. The solvent then is taken out and can be recycled to be used again in the process. “Our designs ensure you don’t have to expend all that energy in drying the algae and are much more rapid than competing technologies,” notes Mohanty.

This technology could also be applied beyond algae and include a variety of microorganisms such as bacteria, fungi, or any microbial-derived oil, says Mohanty.

In 2017, about 5 percent of total primary energy use in the United States came from biomass, according to the U.S. Department of Energy. Other forms of biomass include burning wood for electricity, ethanol that is made from crops such as corn and sugar cane, and food and yard waste in garbage that is converted to biogas.

The benefit of algae is that it can be grown in ponds, raceways or custom-designed bioreactors and then harvested to produce an abundance of fuel. Growing algae in such mass quantities also could positively affect the atmosphere by reducing the amount of carbon dioxide in the air.

“This is game-changing,” Pease says of their work on algae research. “The breakthrough technologies we are creating could drive a revolution in algae and other cell-derived biofuels development. The dream may soon be within reach.”