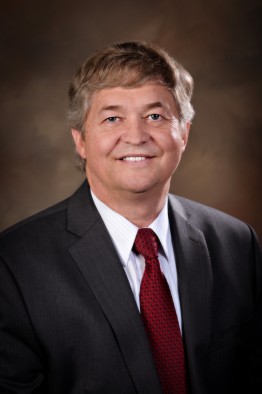 Richard B. Brown, dean of the U’s College of Engineering and newest fellow of the National Academy of Inventors.

Richard B. Brown, dean of the University of Utah’s College of Engineering, was elected as the newest fellow of the National Academy of Inventors.

Brown, who is the sole fellow elected from the state of Utah this year, is one of 168 named in 2015. The fellows were elected from more than 190 universities and governmental and nonprofit research institutions. Past University of Utah fellows include President David W. Pershing, Electrical and Computer Engineering professor Cynthia M. Furse and Distinguished Professor of Mechanical Engineering Stephen C. Jacobsen.

Fellows who are elected are academic inventors “who have demonstrated a highly prolific spirit of innovation in creating or facilitating outstanding inventions that have made a tangible impact on quality of life, economic development, and the welfare of society,” according to the academy. Fellows are nominated by their peers “for outstanding contributions to innovation in areas such as patents and licensing, innovative discovery and technology, significant impact on society, and support and enhancement of innovation.”

The academy is a nonprofit organization founded in 2010 that recognizes and encourages inventors, enhances the visibility of the university, educates and mentors students and publicizes the inventions of its members.

Brown is one of the pioneers in the field of miniature, silicon-based chemical sensors that are used to test water, neurochemicals and blood. He is the recipient of a Distinguished Faculty Award from the Michigan Governing Boards of Universities and a University of Michigan Arthur F. Thurnau Endowed Professorship.

He holds 16 U.S. and international patents that have been licensed to nine companies. He is a founder of Sensicore, i-SENS, Mobius Microsystems and e-SENS. He has authored more than 225 peer-reviewed publications and is a fellow of the Institute of Electrical and Electronics Engineers as well as the IBM Austin Center for Advanced Studies.