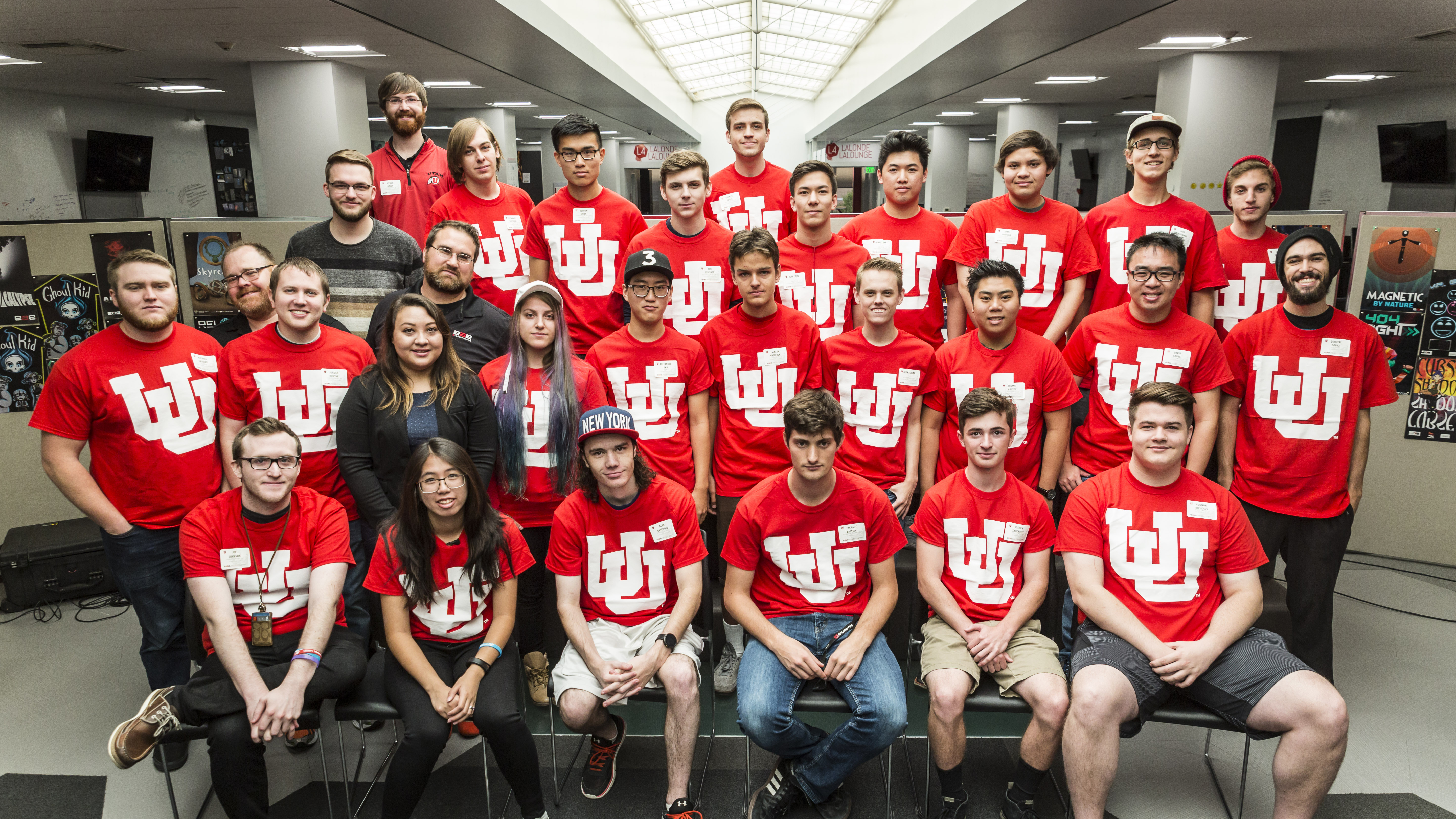 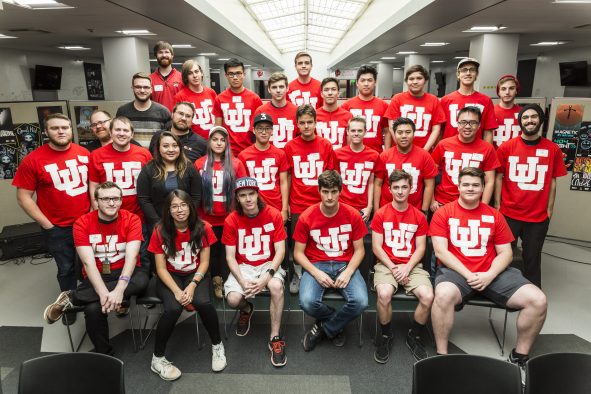 The University of Utah’s first college esports team is ready to rumble on the virtual playing field.

The team players, coaches and administrators — made up of 33 U students — were revealed during a news conference held Wednesday at the university’s Entertainment Arts & Engineering (EAE) studio on the U campus in Salt Lake City, home to one of the nation’s top-ranked video game development programs.

The team is made up of players and student coaches that are competing in four online video games throughout the school year, including the science-fiction, first-person-shooting game, “Overwatch;” the fantasy game, “League of Legends;” the soccer-inspired car-arena game, “Rocket League;” and the fantasy card game, “Hearthstone.”

The roster of team members represents some of the most competitive and passionate online players in the country, some who have been playing their respective games for years.

“I’m so proud of these players for making this happen and being willing to represent the University of Utah on our first varsity esports team,” says A.J. Dimick, director of operations for Utah Esports, the name of the university’s program. “They are great players and will compete on a high level from day one, but they are also great students and great ambassadors for the U as we open a new chapter of college sports.”

Each of the players will receive a $1,000-per-year scholarship and will play against club teams from all over North America and 50 other scholarship esports programs. Utah Esports will be competing in upcoming competitions such as the Tespa Hearthstone Training Grounds competition, the Overwatch Tespa Collegiate Series, the Collegiate Rocket League Series, the AVGL Collegiate League of Legends Championship League, as well as DMG Entertainment’s International Collegiate Esports Tournaments. 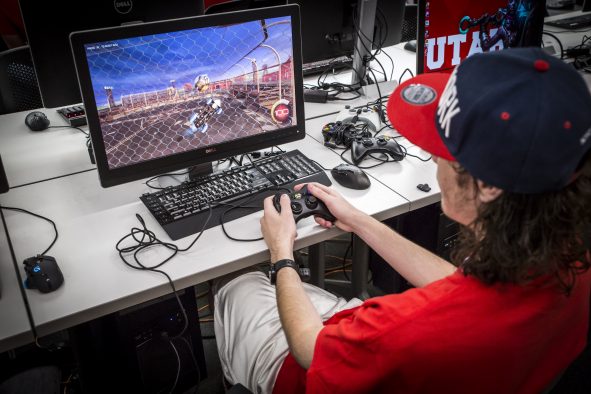 Some 200 players from all over the country tried out for the team during August and early September.

“It feels really awesome to receive the validation from the rest of the community and the school while building this program,” says student team member, Michael Swisher, a senior from San Ramon, California, who plays “League of Legends.” “And it’s cool to be a part of the first team and to build a foundation from the ground up so future players can enjoy it too.”

The U’s Entertainment Arts & Engineering video game development program, which is under the College of Engineering, sponsors the Utah Esports program. EAE has been ranked the No. 1 video game design program in the nation for three of the past five years by the Princeton Review.

A player’s media guide can be downloaded at eae.utah.edu/esports-2017mediaguide