The results of a national cancer survey find a significant number of childhood cancer survivors are worried about keeping their health insurance, to the point of letting it affect their career decisions. The findings were published today in JAMA Oncology. Anne Kirchhoff, investigator at Huntsman Cancer Institute (HCI) at the University of Utah and assistant […] 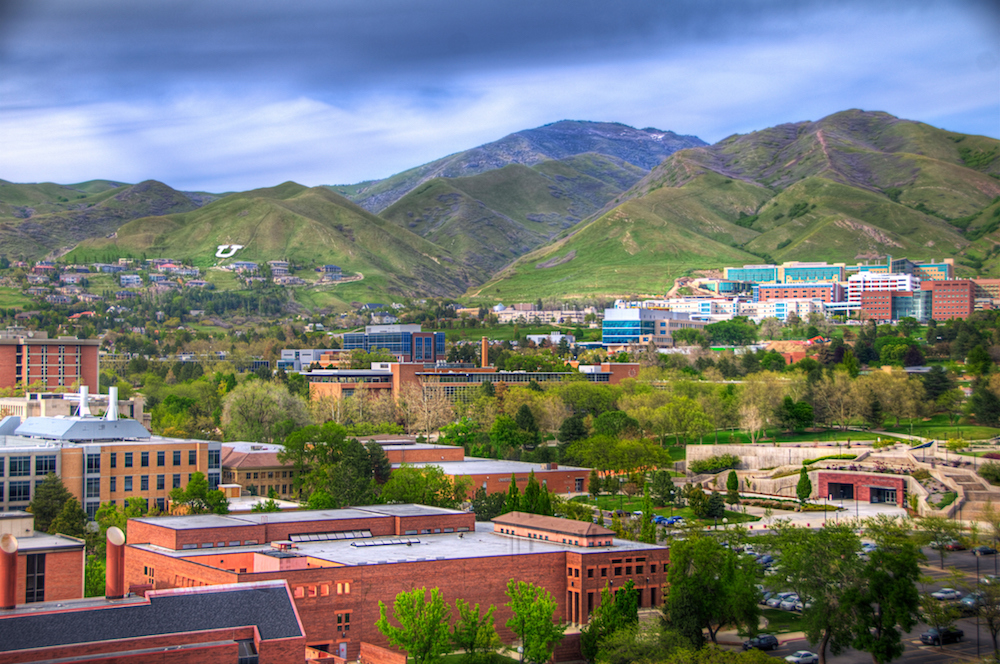 The U’s Department of Public Safety announced Tuesday the arrest of three juvenile males in connection with vandalism at the new Carolyn and Kem Gardner Building last weekend. The three suspects, described as local high school students, will be referred to juvenile court on charges of trespass and criminal mischief, according to Dale Brophy, chief of […]

Wendy Chapman, the chair of biomedical informatics at University of Utah Health whose informatics tools have been applied toward addressing a wide array of problems in health care, has been elected to the National Academy of Medicine (NAM). The high honor comes on the heels of receiving a top accolade in her field, the Donald A.B. […]

Waves in lakes make waves in the Earth

Beneath the peaceful rolling waves of a lake is a rumble, imperceptible to all but seismometers, that ripples into the earth like the waves ripple along the shore. In a study published today in the Journal of Geophysical Research Solid Earth, scientists at the University of Utah report that these small seismic signals can aid […]

Throughout recent history, the Jewish people have experienced unprecedented transformations on the cultural, geopolitical and demographic levels. Two of the most tumultuous events—the Holocaust and the birth of the modern-day state of Israel—brought about vast changes for Jewish communities all over the world. In his new book available today, “New Children of Israel: Emerging Jewish […]

University of Utah scientists gather with their peers in Provo, Utah, next week at the American Astronomical Society’s Division of Planetary Sciences annual meeting, Oct. 15-20. Below are summaries of presentations at the meeting, along with the time and date of the presentation and primary contact information. All times are in Mountain Time. The long-term […]

It’s a lesson in scholastic humility: You waltz into an exam, confident that you’ve got a good enough grip on the class material to swing an 80 percent or so, maybe a 90 if some of the questions go your way. Then you get your results: 60 percent. Your grade and your stomach both sink. […]