University of Utah bioengineers detect early signs of damage in connective tissues such as ligaments, tendons and cartilage

By the time someone realizes they damaged a ligament, tendon or cartilage from too much exercise or other types of physical activity, it’s too late. The tissue is stretched and torn and the person is writhing in pain.

On the left, fluorescent photographs of collagen strands show increasing levels of damage revealed in tendons that are progressively stretched (from top to bottom: 7.5%, 10.5%, 13.5% elongation). The fluorescent signals match the computer simulation on the right of the damage to the collagen molecule under tension.

But a team of researchers led by University of Utah bioengineering professors Jeffrey Weiss and Michael Yu has discovered that damage to collagen, the main building block of all human tissue, can occur much earlier at a molecular level from too much physical stress, alerting doctors and scientists that a patient is on the path to major tissue damage and pain.

This could be especially helpful for some who want to know earlier if they are developing diseases such as arthritis or for athletes who want to know if repeated stress on their bodies is taking a toll.

“The scientific value of this is high because collagen is everywhere,” Yu says. “When we are talking about this mechanical damage, we’re talking about cartilage and tendons and even heart valves that move all the time. There are so many tissues which involve collagen that can go bad mechanically. This issue is important for understanding many injuries and diseases.”

The team’s research, funded by the National Institutes of Health, was published this week in the latest issue of Nature Communications. The paper can be viewed here. 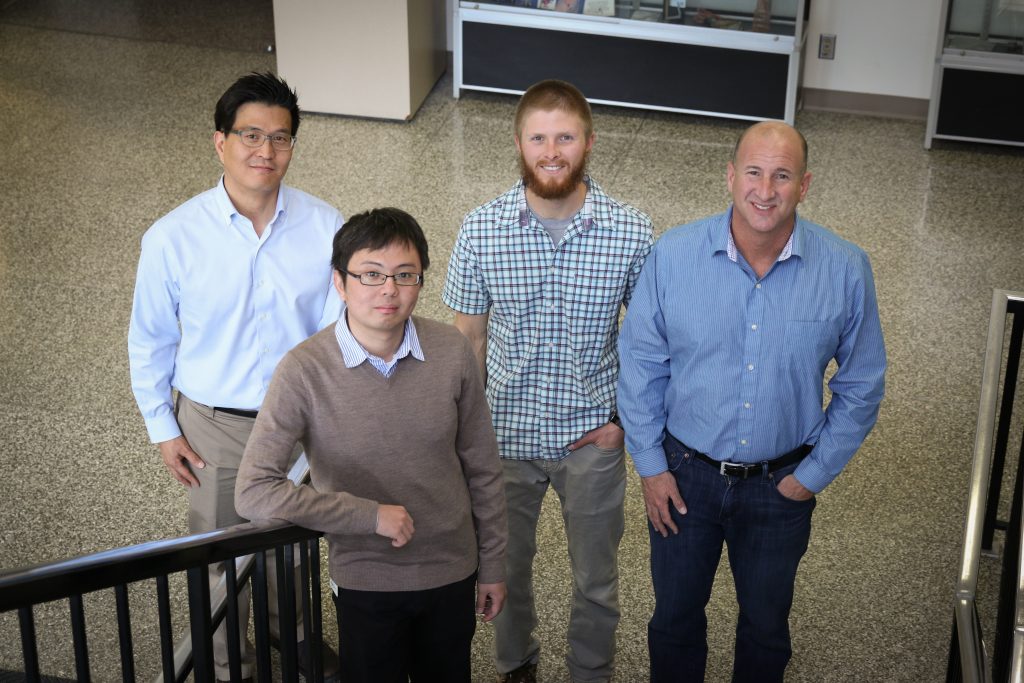 Before, scientists thought collagen — which are strands of protein braided into a ropelike structure that give tissue its strength and stiffness — would just stretch or slide by each other during repeated stress. They never knew if they actually got damaged. As a result, patients who put repeated stress on their body would not know if they were on the road to something worse from tough physical activity.

But now the team discovered that the collagen molecule does in fact get unraveled at a molecular level before complete failure of the tissue occurs. This type of minor damage, called “subfailure damage,” is associated with common injuries to connective tissues such as ligament and meniscus tears and various types of tendinitis such as tennis elbow and rotator cuff tendinopathy.

“Accumulation of subfailure damage can go on for a long time with no catastrophic failure, but repeated damage results in inflammation,” says Weiss, “So this vicious cycle continues, the inflammation breaks down the tissue, making it more susceptible to damage, which then can result in a massive tear.”

The team used a new probe called collagen hybridizing peptide (CHP), a tiny version of collagen that binds to unraveled strands of damaged collagen, to figure out where and how much damage has occurred in overloaded tendons.

This paves the way for medical researchers to use CHP probes in the future as a way of diagnosing if a person has damaged collagen and if so, how much and where, before a massive tear happens. Weiss and Yu also believe it can be used as a way to deliver drugs straight to the damaged tissue because the CHP targets only the damaged collagen. Finally, it will tell doctors even more about what happens to our bodies during repeated physical activity.

“A fundamental understanding of the loads and strain that cause molecular damage has eluded us until now,” says Weiss. “Our findings can translate into recommendations for athletes on how to train or what rehabilitation protocols people who are injured can use.”

Co-authors include researchers in the Department of Bioengineering at the University of Utah (Jared Zitnay, Yang Li, Boi Hoa San and Shawn Reese) and the Department of Civil and Environmental Engineering at Massachusetts Institute of Technology (Markus Buehler, Zhao Qin and Baptiste DePalle. The CHP probe has been commercialized by 3Helix, Inc, based in Salt Lake City, Utah. 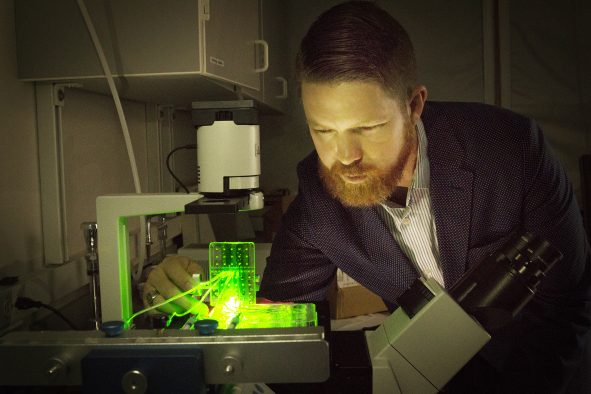