Did grandmas make people pair up? 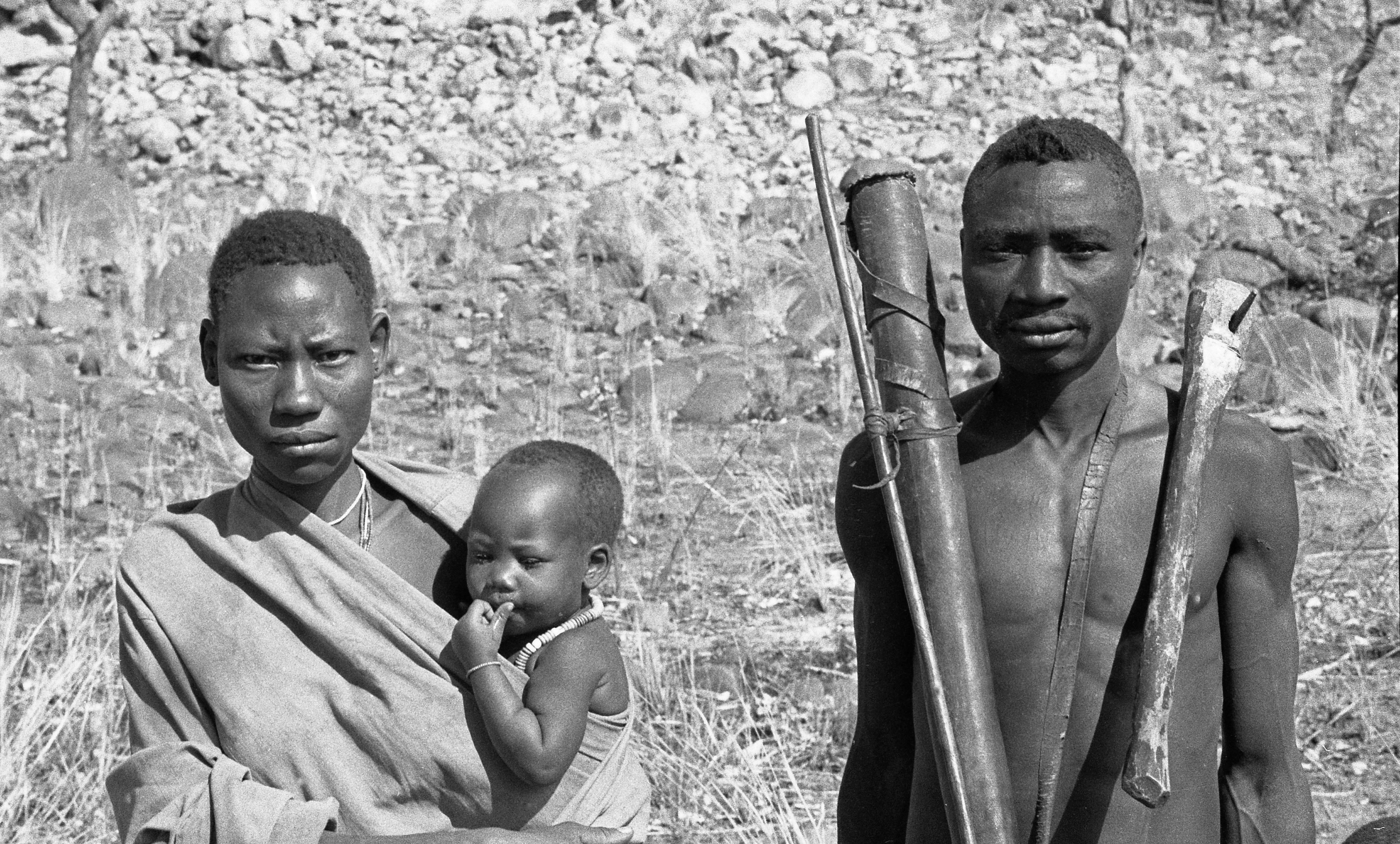 If you are in a special relationship with another person, thank grandma – not just yours, but all grandmothers since humans evolved.

University of Utah anthropologist Kristen Hawkes is known for the “grandmother hypothesis,” which credits prehistoric grandmothering for our long human lifespan. Now, Hawkes has used computer simulations to link grandmothering and longevity to a surplus of older fertile men and, in turn, to the male tendency to guard a female mate from the competition and form a “pair bond” with her instead of mating with numerous partners.

“It looks like grandmothering was crucial to the development of pair bonds in humans,” says Hawkes, senior author of the new study published online in the Sept. 7 edition of the journal Proceedings of the National Academy of Sciences.

“Pair bonds are universal in human societies and distinguish us from our closest living relatives,” Hawkes and colleagues write in the study. “Our hypothesis is that human pair bonds evolved with increasing payoffs for mate guarding, which resulted from the evolution of our grandmothering life history.”

That conclusion contradicts the traditional view that pair bonding “resulted from male hunters feeding females and their offspring in exchange for paternity of those kids so the males have descendants and pass on genes,” Hawkes says. The grandma hypothesis holds that “the key to why moms can have next babies sooner is not because of dad bringing home the bacon but because of grandma helping feed the weaned children. That favored increased longevity as longer-lived grandmothers helped more.”

The new study focuses on the resulting excess of older males competing for mates, a likely source of men’s preference for young women. “This is different than what you see in chimpanzees, where males prefer older females,” says Hawkes, a distinguished professor of anthropology and National Academy of Sciences member.

As human longevity increased, there were “lots more old guys, so you have an increasing number of males in the paternity competition, and the only way you can become a father is with a fertile female, which means younger females. So males who had preference for younger females were more likely to leave descendants.”

The grandmother hypothesis and pair bonding

Hawkes, University of Utah anthropologist James O’Connell and UCLA anthropologist Nicholas Blurton Jones first published the grandmother hypothesis in 1997-1998 studies, based on observations that began in 1984 of Tanzania’s Hazda people, who live by hunting and gathering food like our ancestors. The researchers noted the importance of older Hazda women digging tubers to feed youngsters who weren’t strong enough to dig tubers themselves.

Female chimps rarely live past childbearing years, usually into their 30s and sometimes their 40s. Human females often live decades past their child-bearing years – and that may have begun with our early Homo relatives 2 million years ago. 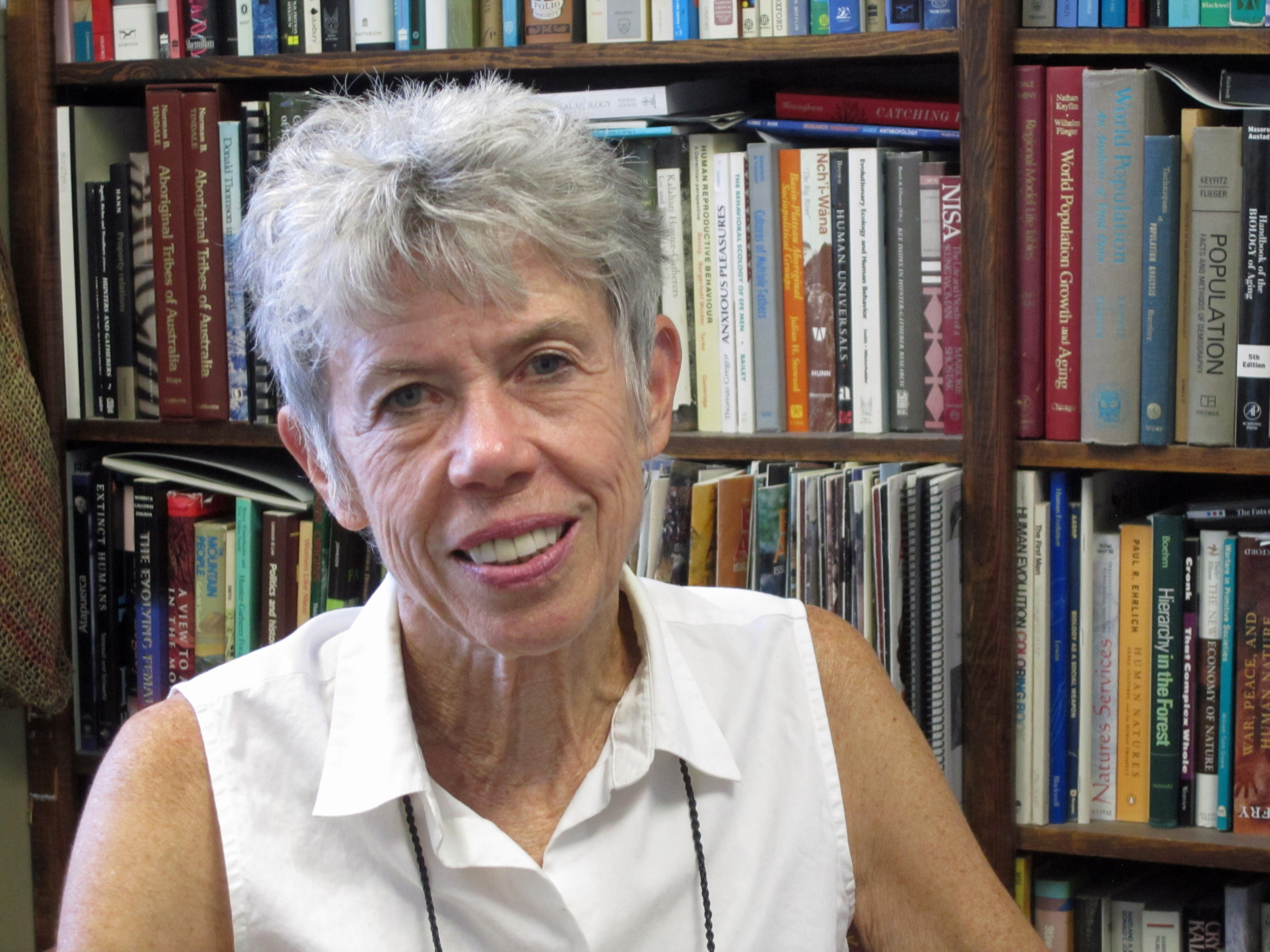 In the late 1990s, University of Utah anthropologist Kristen Hawkes developed the “grandmother hypothesis” that humans developed lifespans longer than other apes because prehistoric grandmothers helped feed their grandchildren after weaning, allowing mothers to have more children sooner and increasing the prevalence of grandma’s longevity genes in the population. In a new study, Hawkes used computer simulations to suggest that grandmothering and increased human longevity led to a surplus of older, fertile men, which in turn led to the human characteristic of forming couples or pair bonds.

The grandmother hypothesis says that before then, few females lived past their fertile years. But changing environments led to the use of food like buried tubers that weaned children couldn’t dig themselves. So older females helped feed the kids, allowing their daughters to have the next baby sooner.

By allowing their daughters to have more kids, grandmothers’ longevity genes became increasingly common in the population and human lifespan increased. A 2012 computer simulation study by Hawkes and colleagues supported the hypothesis, finding that without grandmothering, simulated lifespans reach equilibrium when they match those of great apes, but with grandmothering, the computed lifespans get longer like those of humans, often into the 70s or 80s.

Previous research by others also has shown a link between “mate guarding” – in which various male animals guard their female mate against competing suitors when the male-female ratio is high – to the development of pair bonding in humans.

Pair bonding includes but doesn’t require an exclusive relationship – polygamists can have multiple pair bonds – but it does mean “a special and persistent relationship between a male and female. Even something like two people going together for a couple of months – that’s a pair bond,” Hawkes says. “Copulation alone doesn’t count. In humans, there’s emotional weight to social relationships, certainly to pair bonds.”

Chimps, by contrast, have no persistent, special pairing relationships between a particular male and female. A female chimp in heat mates with multiple males. Species from dung flies to primates guard their mates to ensure others don’t mate with them.

Simulating the evolution of grandmothering

As human lifespans grew longer, women’s fertility continued to end by about age 45, while older men remained fertile. The new study indicates the ratio of fertile men to fertile women increased over time. “That’s what made it advantageous for males to guard a female and to develop a pair bond with her,” Hawkes says.

For the study, the researchers ran computer simulations of human evolution – 30 simulations with grandmothering and 30 without.

The simulations showed how male-female sex ratios changed over time to become increasingly male-dominated – unlike real nonhuman great ape populations, which have more fertile females than fertile males. For example, the ratio of males to females in fertile ages rose from 77 males per 100 females without grandmothering to 156 males per 100 females with grandmothering in 30,000 to 300,000 simulated years.

Unlike humans, most mammal species have more fertile females than fertile males.

“This male bias in sex ratio in the mating ages makes mate-guarding a better strategy for males than trying to seek an additional mate, because there are too many other guys in the competition,” Hawkes says. “The more males there are, the more their average reproductive success goes down.”

The researchers also showed the male-female sex ratios in the simulations matched closely with those of living populations, namely, chimps, which lack grandmothering and are the only other great apes with good demographic data, and four human hunter-gatherer societies in Africa and South American.

The study then cites previous studies of both living animals – from dung flies to mammals – and computer simulations to show that when the ratio of fertile males to females is high, mate-guarding is likely.

A Hazda couple and child in northern Tanzania in 1985. University of Utah anthropologist Kristen Hawkes and colleagues’ research on Hazda led them to formulate the “grandmother hypothesis” that grandmothering among early human relatives made the human lifespan evolve so it is much longer than lifespans of other apes. Now, a new study credits grandmothering for the human tendency to form couples or pair bonds.

“Mate-guarding and pair bonds are not necessarily the same, but they have in common the tradeoff between paying attention to the current partner and seeking another,” Hawkes says. There also is previous research showing that, like mate-guarding, “human pair bonds have the characteristic of male proprietary claims on females.”

The lengthening of adult lifespan via grandmothering involves evolution in prehistoric time; increasing average lifespans in recent centuries are attributed largely to huge reductions in infant and child mortality due to clean water, sewer systems and other public health measures.

Many anthropologists argue that increasing brain size in our ape-like ancestors was the major factor in humans developing lifespans different from apes. But Hawkes’ 2012 study ignored brain size, hunting and pair bonding, and showed that even a weak grandmother effect led to human longevity. Indeed, she believes the shift to grandmothering was the foundation for several important steps in human evolution, including longer adult life spans, increased brain size, empathy, cooperation and pair bonding.