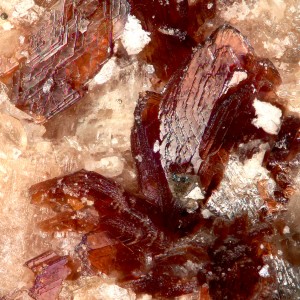 A mineral discovered by retired University of Utah medical technologist Joe Marty recently received the inaugural Mineral of the Year award for 2014 by the International Mineral Association.

Marty discovered the winning mineral, ophirite, roughly 25 years ago at the Ophir Hill Consolidated mine of Utah. The mine, located in the Ophir district in the Oquirrh Mountains of Utah, closed in 1972 and Marty had received special permission to search for minerals on the fateful day he discovered ophirite.

“The announcement of the selection of ophitite as Mineral of the Year came as a pleasant surprise. My co-authors and I thought that it was a really interesting new mineral, but there are usually over a hundred new minerals described every year. So it is very satisfying to have the international community agree as well and to see that we weren’t alone in our opinion,” said Barbara Nash, a professor for the U’s Department of Geology and Geophysics who determined the mineral’s precise chemical composition.

The first natural occurrence in history

Ophirite forms orange-brown tablet-shaped crystals up to 1 mm long and is the first known mineral to contain an arrangement of atoms that constitute a derivative of the Keggin structure. The Keggin structure is a form of acid comprised of oxygen, hydrogen and various metals and non-metals.

“Hundreds of synthetic compounds with the Keggin structure have been fabricated by chemists and are used in a wide variety of industrial applications. But this is the first time this structure has been found to occur naturally,” said Nash.

Roughly 25 years ago, Marty was on one of his many mineral-hunting adventures looking for a mineral called scheelite. He saw and collected an unusual-looking specimen of scheelite and took it home to look at under the microscope. Unsure of what mineral was present, Marty sent it off for lab analysis. At the time, the lab didn’t possess the capability to detect what mineral was present, so Marty put it away and continued on with mineral collecting.

Decades later after working alongside Kampf, Curator Emeritus of Mineral Sciences for the Natural History Museum of Los Angeles County, on numerous mineral discoveries, Marty remembered the sample of what would later be deemed ophirite and sent it to Kampf for analysis.

“Recognition is always great, but the best part of the journey, by far, has been the friendships I’ve developed with the people I’ve worked with. None of this would have been possible without their help, either,” said Marty.

For Marty, the discovery of ophirite is simply one of the approximately 60 new mineral species he’s discovered or participated in the discovery of. This is a record number for an amateur collector. Marty recently received the 2015 Pinch Medal from the Mineralogical Association of Canada for his significant contributions to the advancement of mineralogy.

Kampf, who has been involved in the descriptions of more than 150 new minerals, said he enjoys the challenge of putting together everything that is needed to define a new mineral.

“I do it because I relish the sense of discovery that I get, especially when the crystal structure turns out to be unique or reveals an unusual new feature,” said Kampf.

“That was certainly the case for ophirite, which is particularly exciting because it is the first documented occurrence in nature of one of the most technologically useful types of compounds, which heretofore have only been synthesized in laboratories.” 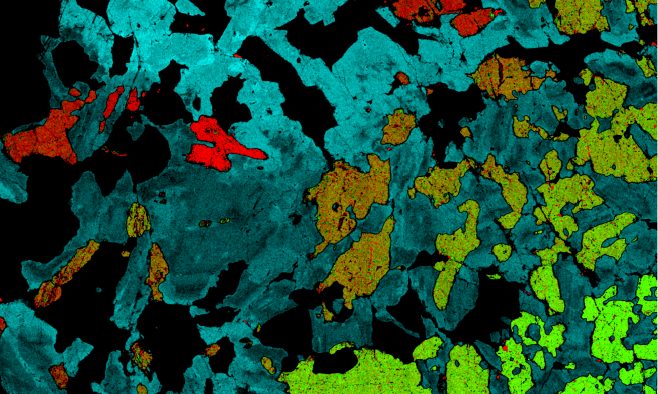 How Earth’s mantle is like a Jackson Pollock painting
May 15, 2019