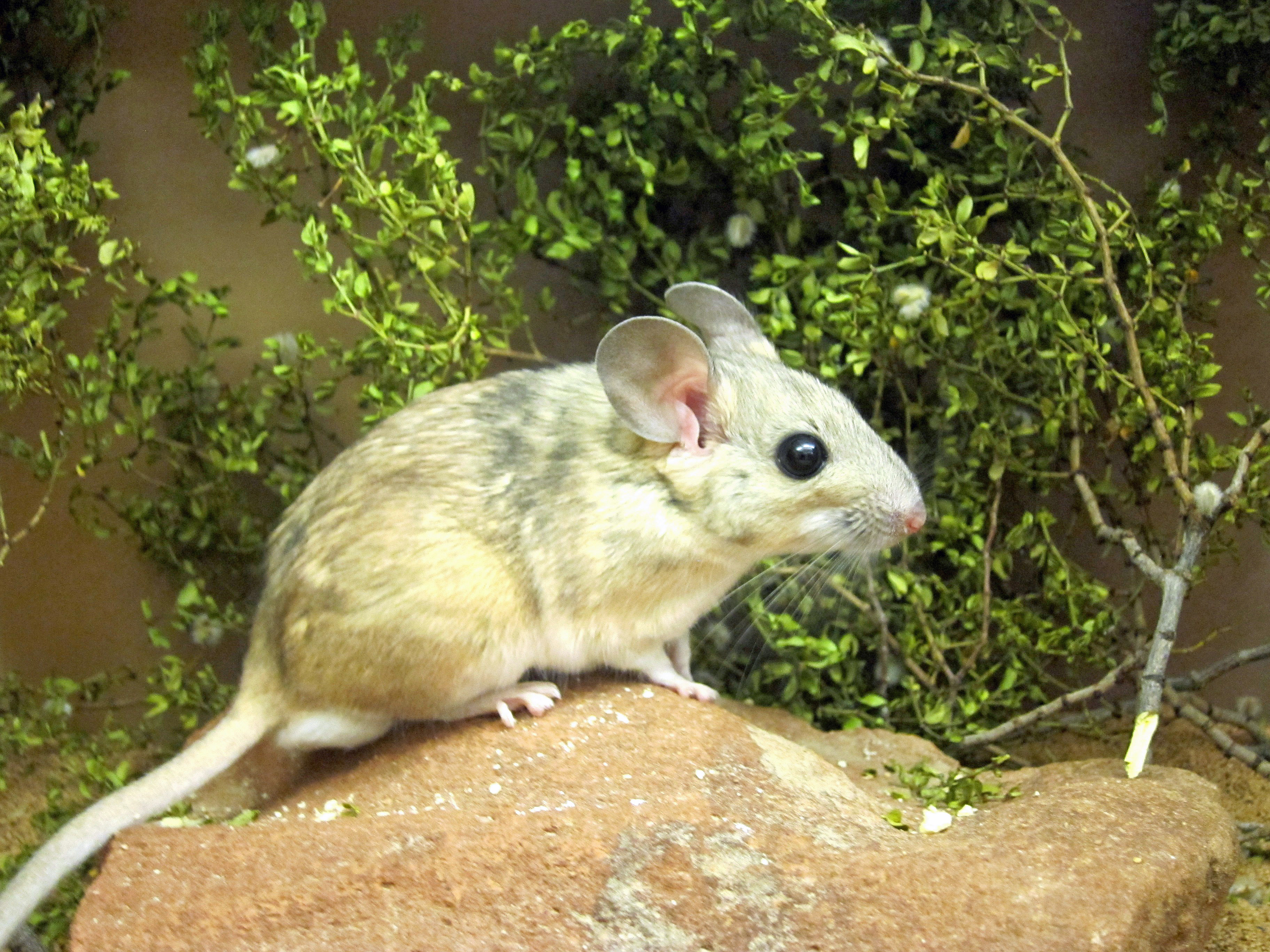 University of Utah lab experiments found that when temperatures get warmer, woodrats suffer a reduced ability to live on their normal diet of toxic creosote – suggesting that global warming may hurt plant-eating animals.

“This study adds to our understanding of how climate change may affect mammals, in that their ability to consume dietary toxins is impaired by warmer temperatures,” says biologist Denise Dearing, senior author of the research published online Jan. 13 in the British journal Proceedings of the Royal Society B.

“This phenomenon will result in animals changing their diets and reducing the amount of plant material they eat, relocating to cooler habitats or going extinct in local areas,” says Dearing, a distinguished professor and chair of biology at the university. 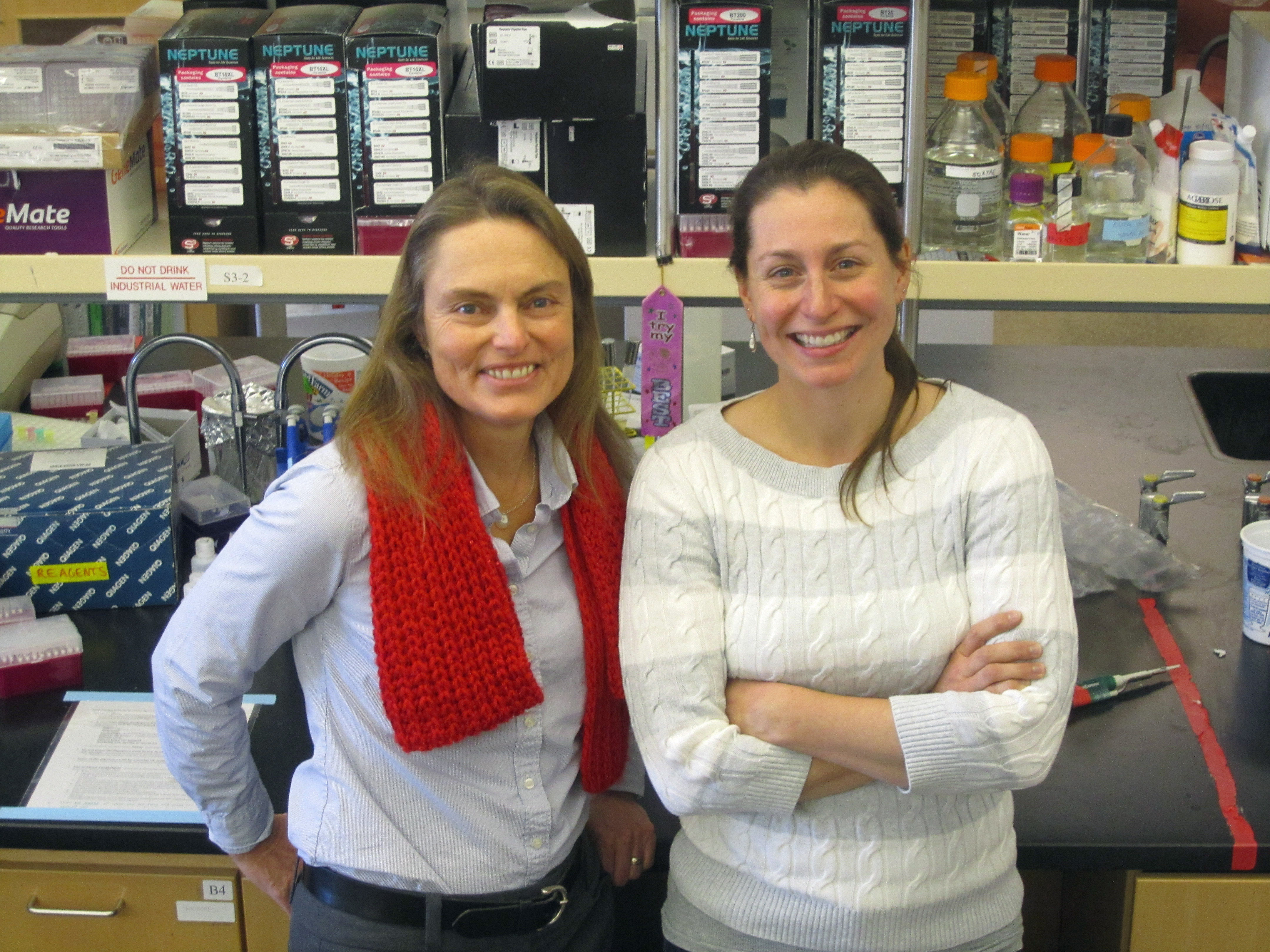 Denise Dearing, distinguished professor and chair of biology at the University of Utah, and Patrice Kurnath, a doctoral student in biology.

The new study’s first author, biology doctoral student Patrice Kurnath, says: “We found that desert woodrats have a harder time eating their natural diet at slightly warmer temperatures. In terms of climate changes, this study suggests that plant-eating animals all over the world may have problems dealing with their preferred food sources.”

While not all animal diets are as toxic as those of woodrats and other rodents that eat plants like creosote bushes or juniper, most mammals eat some toxins in their diet. In an ongoing evolutionary battle, plants evolve chemical defenses against being eaten and animals evolve liver enzymes or other ways to overcome or avoid plant toxins.

Dearing notes that “over 40 percent of all existing mammals eat only plants” and many more eat some plants. “Most plants produce toxins, so the majority of plant-eating mammals eat toxic compounds, and this may become more difficult to deal with as the climate warms,” she adds. Birds also might be affected, she says. 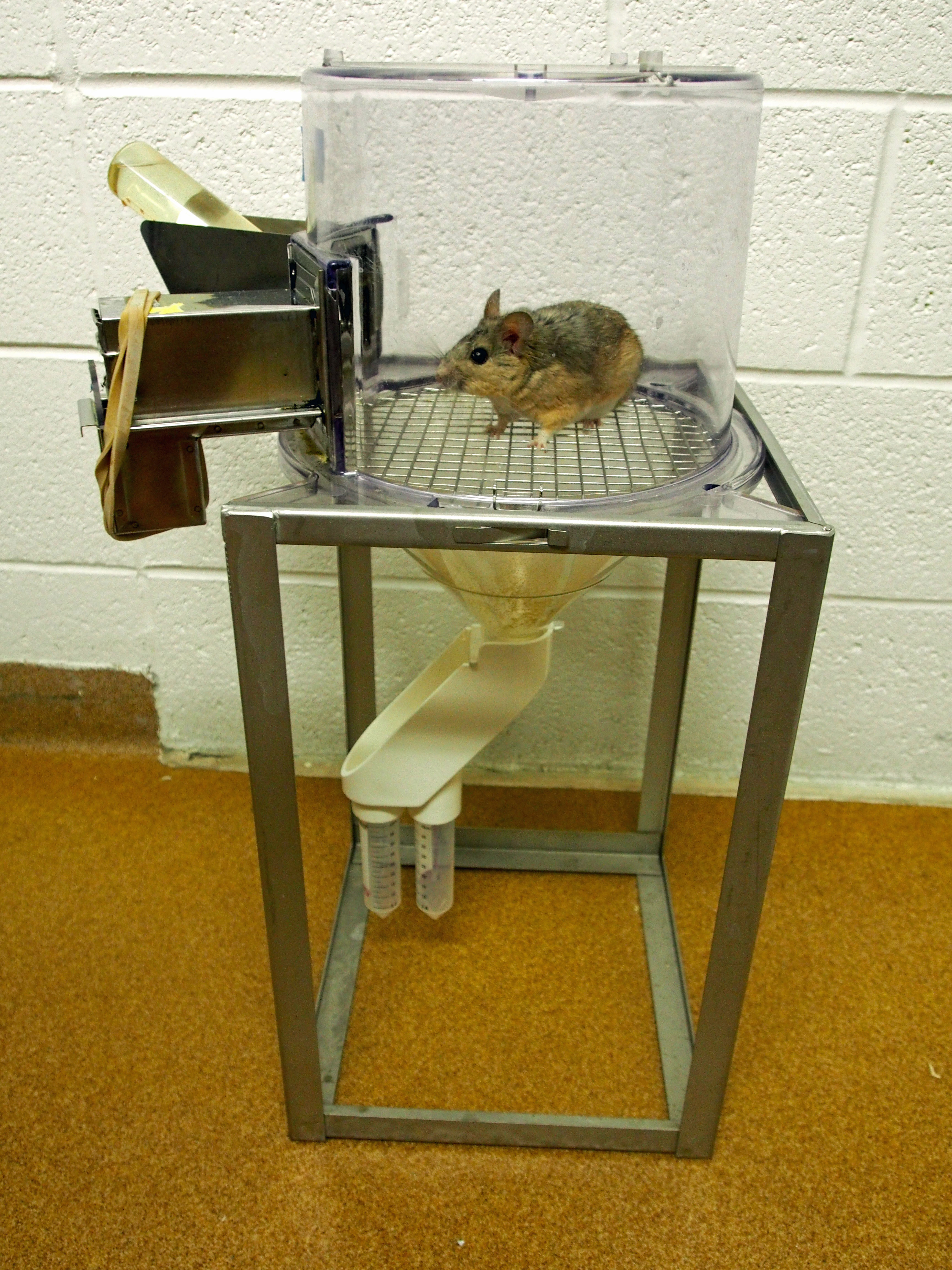 A desert woodrat in a metabolism cage at the University of Utah. The cage allows researchers to measure how much food and water the rat consumes and how much waste it produces.

Previous research suggested that plant chemicals ingested by mammals would become more toxic at warmer temperatures. The new study showed how temperature affects the ability of desert woodrats, Neotoma lepida – also known as pack rats – to tolerate the toxic resin from creosote bushes, which account for as much as three-fourths of their normal diet. Creosote resin contains hundreds of toxic compounds, and woodrats live on amounts that kill or cause kidney cysts in other laboratory rodents.

Kurnath and Dearing performed the study with undergraduate Natalie Merz, who has graduated. The research was funded by the National Science Foundation, American Society of Mammalogists and Society for Integrative and Comparative Biology.

As for desert woodrats, Kurnath conducted an earlier study showing that at warmer temperatures, they had reduced liver function to process toxins. The pack rats were anesthetized, and the warmer rats slept longer than the cooler woodrats, indicating the latter processed the anesthetic more quickly.

In the new study, the researchers performed two experiments on desert woodrats living in a temperature-controlled lab and in “metabolic cages” so their food and water intake, urine and feces could be measured. The woodrats weigh about three to five ounces and are “hamster size – maybe fat hamsters,” Kurnath says. 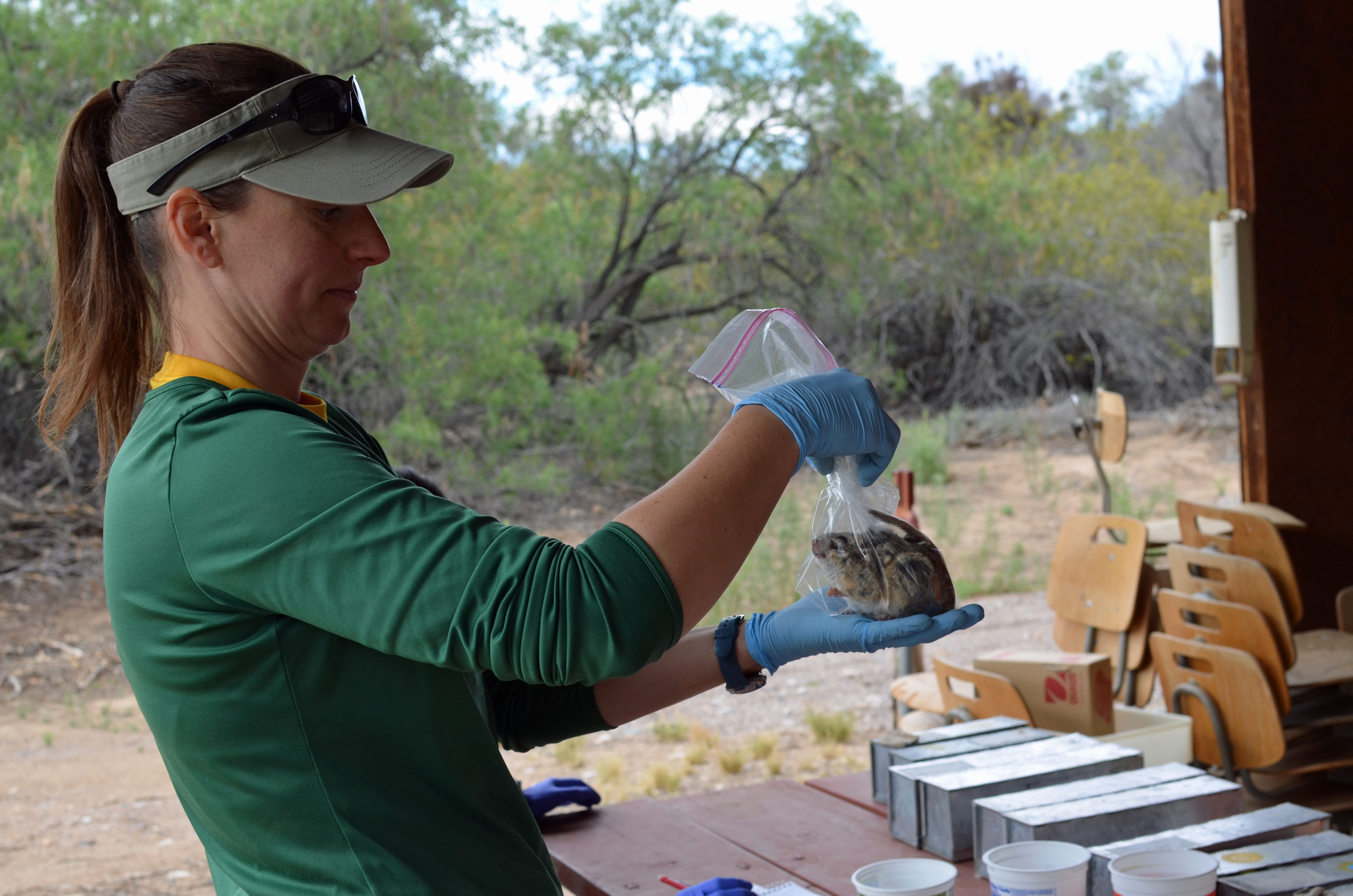 In both experiments, the woodrats were fed commercial rabbit chow treated with toxic creosote resin extracted from creosote bushes. The woodrats and creosote leaves were collected with state approval from the Mojave Desert in southwest Utah.

The rats were allowed to eat rabbit chow and drink water at will, while the scientists slowly increased the concentration of creosote in the rabbit chow from none at on the first day of the experiment to 12 percent after 21 days. Woodrats were not allowed to die, but were removed from the experiment if they lost 10 percent of their body weight. 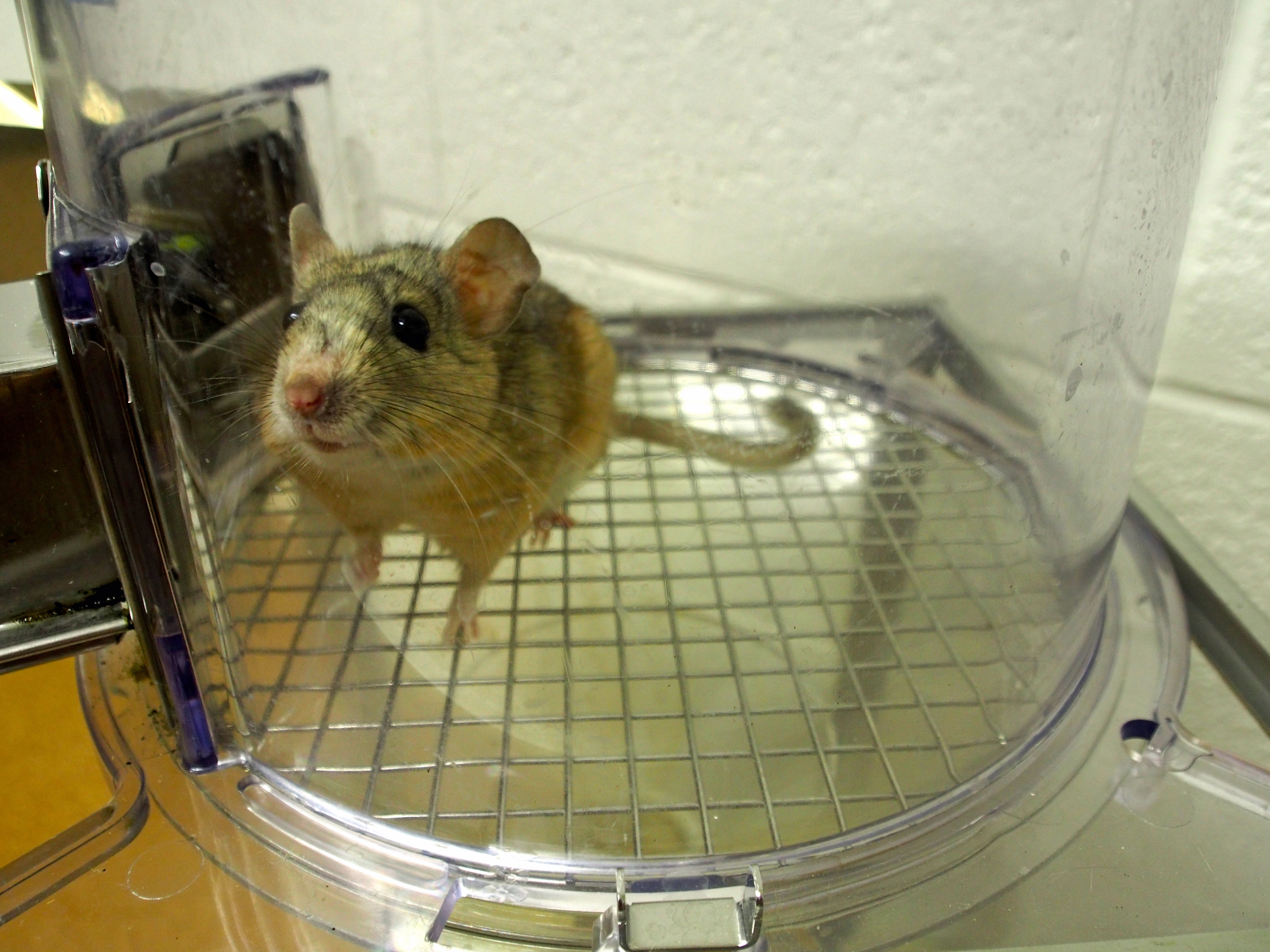 A desert woodrat at a University of Utah laboratory.

The results: At the warm temperature, woodrats ate less food overall and could eat only two-thirds as much creosote resin as woodrats at the cool temperature.

The second experiment used 30 woodrats: 10 each at warm (about 84 degrees F), “room” (77 degrees F) and cool (about 70 degrees F) temperatures. All had unlimited rabbit chow and water, but this time they were fed the same amount of creosote resin – about one-eighth ounce per day – for 10 days.

Woodrats were removed from the experiment if they lost more than 10 percent of their weight. The researchers measured how long rodents at the three temperatures remained in the experiment.

In addition, the cooler rats ate three times more food than the woodrats at room and warmer temperatures, even though all three groups ate the same amount of creosote. 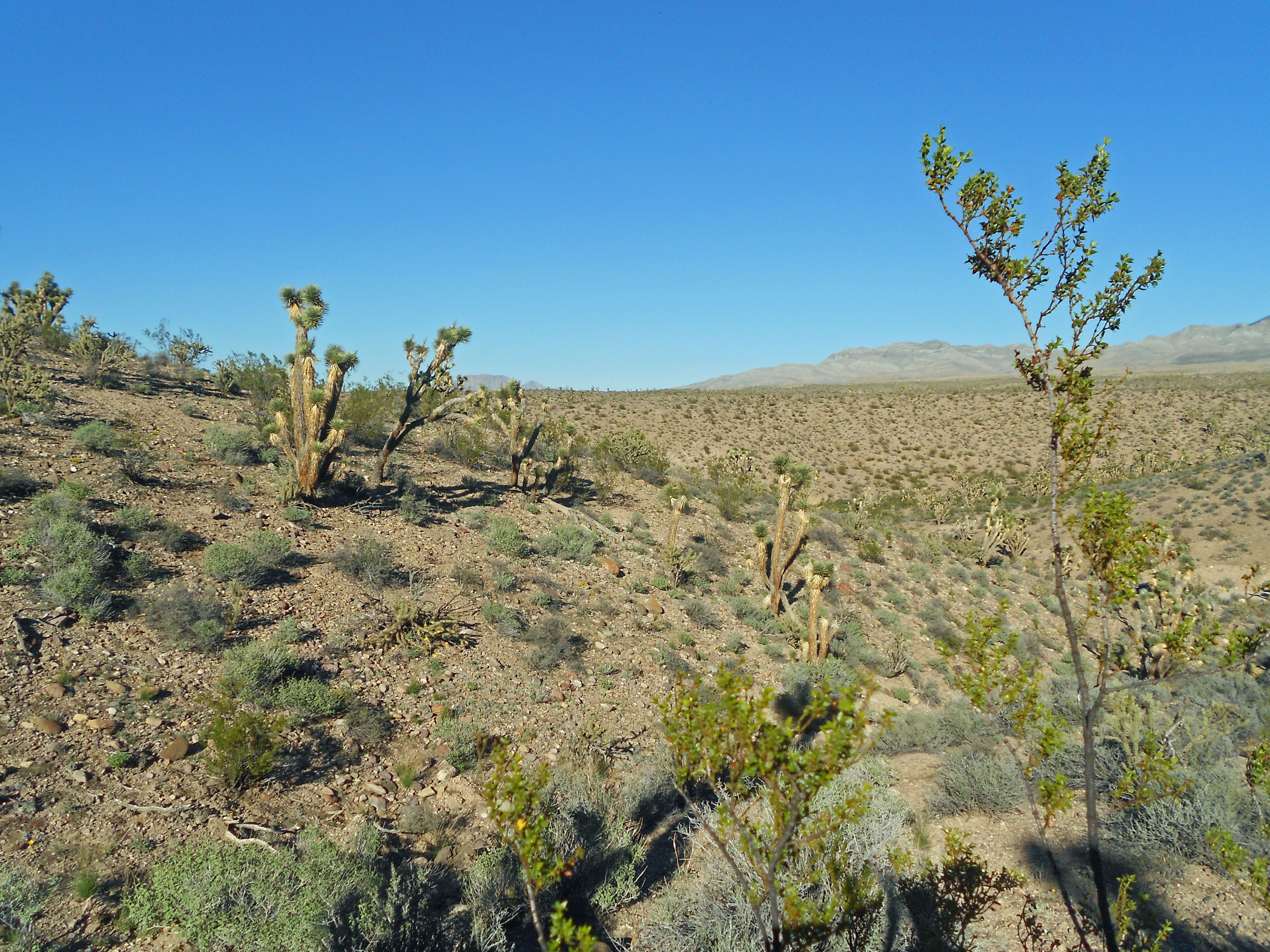 Creosote bushes in the Mojave Desert.

“That was a huge surprise,” Kurnath says. “We expected warmer temperatures to gradually be worse, but there might be a tipping-point temperature.”

Dearing adds: “There seems to be a threshold at which it becomes significantly harder for mammals to eat toxins. We’ve identified this threshold [77 degrees F in the second experiment]. With climate change, they are going to spend more time above the temperature threshold, and it’s going to be harder for them.”

The researchers say liver processing of toxins may be reduced at warmer temperatures because woodrats must put more energy into regulating body temperature.

“The mechanism that makes it more difficult for woodrats to consume toxic diets at warmer temperatures likely is not restricted solely to woodrats, and applies to plant-eating mammals in general,” Dearing says. “As the climate warms, herbivores may face even more restricted menu choices.”