Now mathematicians need material to make it a reality 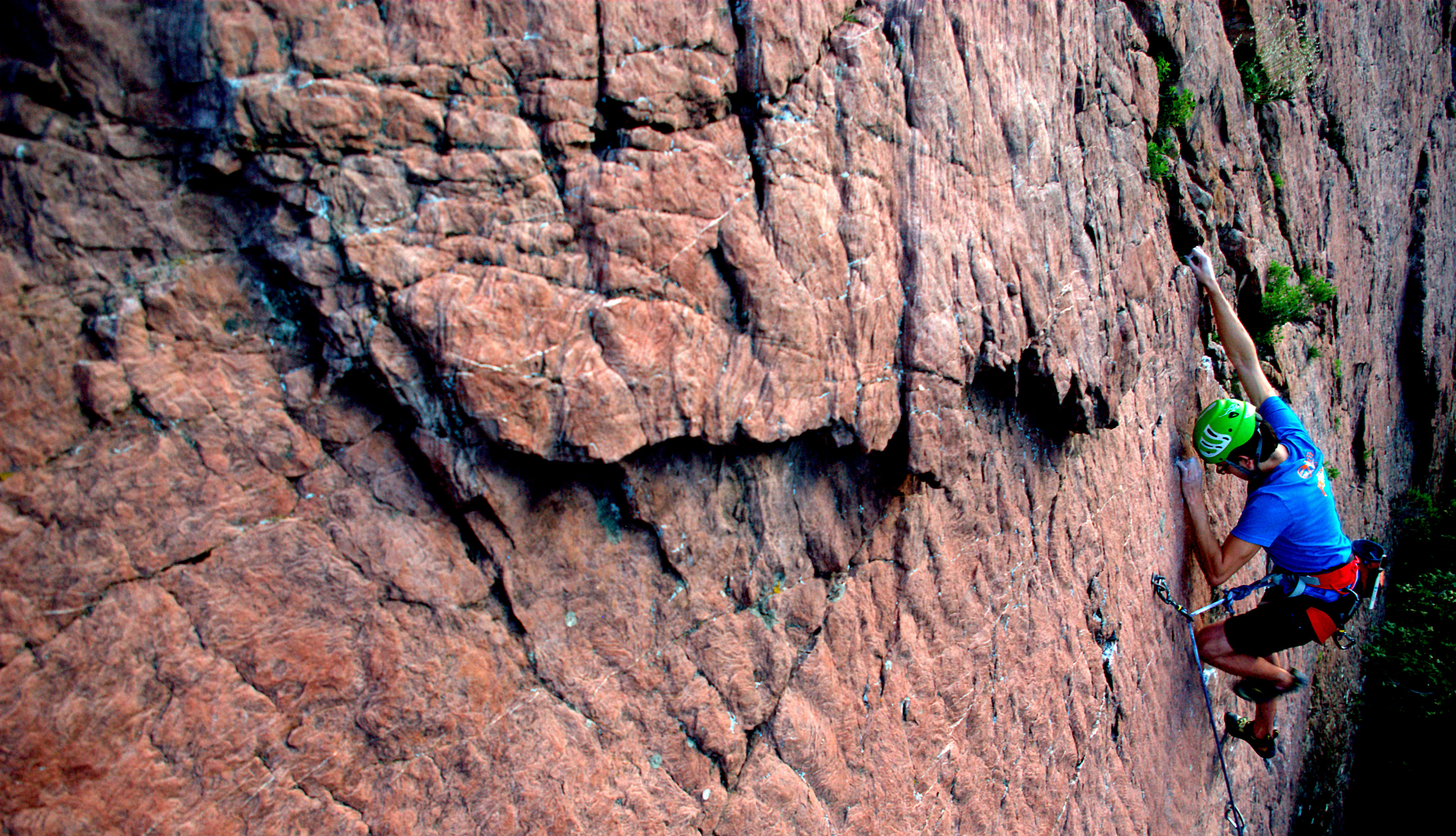 University of Utah mathematicians showed it is theoretically possible to design ideal climbing ropes to safely slow falling rock and mountain climbers like brakes decelerate a car. They hope someone develops a material to turn theory into reality.

In a new study in the Journal of Sports Engineering and Technology, the mathematicians write: “We do not expect this article to have an immediate effect on the climbing community, but by providing a prescription for a mathematically ideal rope, the work may help guide the development of new ropes.”

They suggest “shape memory materials” may be the answer. Such materials are now used in artery stents, eyeglass frames and even underwire bras, and can be deformed and then return to their “memorized” shape. But a major existing shape memory material, nitinol, a nickel-titanium alloy, is too heavy and expensive for use in climbing ropes.

Research assistant professor Davit Harutyunyan, distinguished professor Graeme Milton and their colleagues performed what Milton calls “pen and paper math” to design the characteristics of an ideal climbing rope to brake falls gradually. The study concludes that creating a real rope with such properties “is not beyond the realm of possibility.”

Harutyunyan, the study’s first author, says: “We hope that it could be used to build new ropes that are much safer and longer-lasting than existing ropes.”

“We don’t want to make too bold a claim,” Milton says. “We are giving the climbing industry a new avenue to explore.” 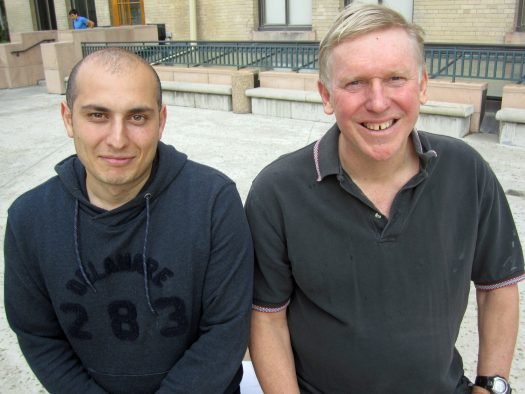 University of Utah mathematicians Davit Harutyunyan, a research assistant professor, and Graeme Milton, a distinguished professor, led a new study showing it is theoretically possible to design an ideal climbing rope for mountaineers and rock climbers. Such a rope would gradually bring a falling climber to a stop like applying brakes gradually can bring a vehicle to a safe stop.

How ideal climbing ropes would work

Milton gave analogies to explain how an ideal climbing rope would work.

“If you are in a car and want to stop within a certain fixed, short distance – without too much jerk – it’s best to apply the brakes evenly rather than all at the end so passengers feel a constant deceleration force,” he says. “That’s what our ideal rope does.”

“With a normal rope, you’re going to experience increasing force the longer you fall, whereas with an ideal rope you’d still fall suddenly until the rope tightens, but once it begins to tighten, it would exert a constant force on the climber,” he adds. “So it would like constant braking rather than a sudden jerk.”

Milton gives anther analogy: “The ideal climbing rope would decelerate a falling climber in the same way that on an aircraft carrier, the braking cable and its hydraulics slow down and stop a jet within a short distance.”

Many modern climbing ropes are “dynamic,” meaning they are designed to stretch to absorb some of the impact when a climber falls. They often are used as belaying ropes, in which the rope extends from a climber upward through a carabiner that is anchored to rock, and then down to the person who holds the rope to prevent the climber from falling far. (By contrast, “static” or low-elongation ropes stretch less and often are used for rappelling or as fixed ropes followed by climbers.)

Climbing ropes today are nylon, usually with a core of long, twisted fibers that give the rope most of its strength, and an outer sheath of woven, colored fibers. Each time a roped climber falls, a dynamic rope stretches and weakens, so ropes are rated for the maximum number of falls before they should be disposed, Dick says.

For less severe falls, use of an ideal dynamic rope means “you are going to be able to recover more quickly,” Milton says. “There will be less impact on your body. So you’re going to be able to get back to climbing quickly. For more serious and potentially fatal falls – those categorized as above “factor two” – the brake-like properties of the ideal rope “would better protect you against hurting yourself or dying.”

The study began as Boyer’s project in Milton’s mathematical modeling course. Dick joined the project and, his supervisor, Harutyunyan, ultimately came up with the mathematical proof that an ideal dynamic climbing rope is possible. Milton made the connection with shape memory materials. like nitinol wire, which is used not only in peripheral artery stents, heart valves, underwire bras and eyeglass frames, but also in golf clubs, dental wires, fire detectors, helicopter blades and artificial hips. 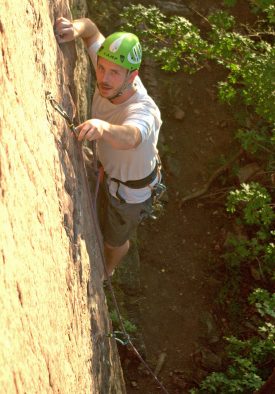 Justin Boyer rock climbing with a rope in Parley’s Canyon near Salt Lake City. In what began as Boyer’s mathematical modeling class project, he and three other University of Utah mathematicians have published a study showing the mathematical possibility of designing a climbing rope that would apply a constant force to a falling climber, bringing the climber to a gradual stop rather than hitting the end of the rope with sudden jerk.

Milton says that in addition to constant braking force, shape memory materials have a property called hysteresis, which in an ideal climbing rope “means the material will absorb a lot of energy, so that when it stretches, instead of bouncing to where you were before, you would fall, then it would retract slowly” instead of jerking you upward.

The study’s ultimate product was a mathematical equation or formula that included as variables the length of the fall, the length of rope between the carabiner and climber, the climber’s height above the carabiner, the maximum elongation or the rope, the mass of the climber and acceleration due to gravity.

The equation “gives the ideal elastic energy in the rope as a function of how much the rope stretches,” Milton says. “That formula predicts the force on the climber will be constant as the rope stretches out” – a relationship between tension and strain known as “nonlinear elasticity.”

The study analyzed how an ideal dynamic rope would behave with one carabiner or none at all. “We found the ideal rope works just as well with a carabiner as without a carabiner,” and should work regardless of the number of carabiners, Milton says.

Real ropes display viscoelasticity, in which some energy from stretching the rope in converted to heat, but Milton says that would have been too difficult to model mathematically. Nonetheless, the nonlinear elastic rope in the new study approximates a viscoelastic rope, Harutyunyan says.

Nonlinear elasticity that would be desirable for an ideal climbing rope because the tension on the rope plateaus over a range of strains, so there is a constant braking force on a falling climber, for at least part of the fall

But the ideal climbing rope may not exert a constant force on a falling climber for an adequate distance. Dick notes that a rope made of existing memory shape materials would start to exert a constant braking force on a climber when it reaches its full length, and that braking force would last until it is stretched to 108 percent of its normal length. He says that isn’t enough, given that existing dynamic ropes stretch to 125 percent to 135 percent of their length during a fall.

However, Milton says that “may not be as bad as it seems. The new ropes can have less extension [than existing ropes] with the same maximal force felt by the climber. That actually would be a big advantage, as the falling climber would be less likely to collide with a rock outcrop.”

Nitinol, the shape memory nickel-titanium alloy, not only is too heavy and expensive for a climbing rope, but would be difficult to knot or coil and would be too sensitive to temperature changes in terms of how much it stretched, the researchers say.

Harutyunyan says it may be possible to combine memory shape material with conventional rope materials to design an ideal rope. 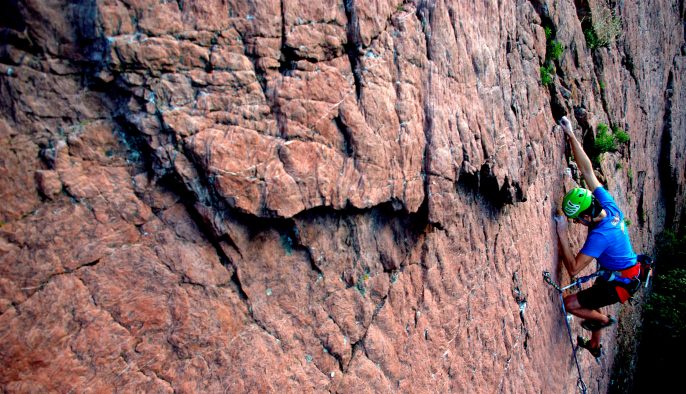 Trevor Dick, shown rock climbing with a rope in Parley’s Canyon near Salt Lake City, is among four University of Utah mathematicians who published a new study showing it is mathematically possible to design an ideal, dynamic climbing rope that would brake a falling climber like the gradual application of brakes decelerate an automobile. 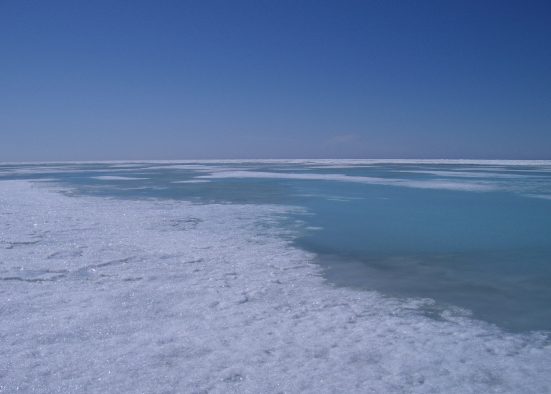